Home PUO POLITICS RIVERS Election: WIKE’S Election Is A Charade And Joke That Will Not... 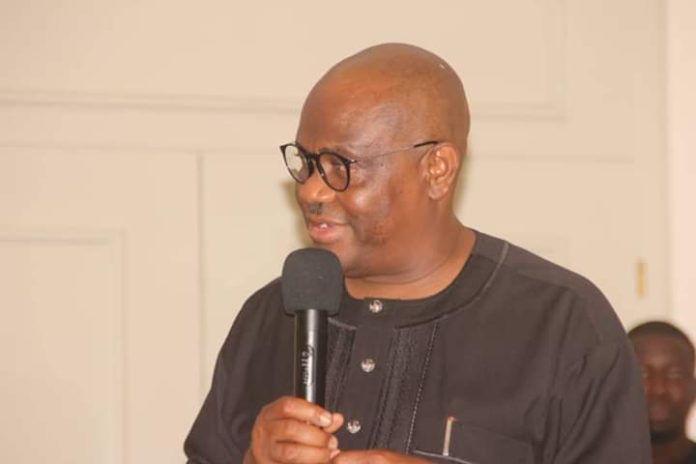 A chieftain of the All Progressives Congress (APC) in Rivers state, Chief Eze Chukwuemeka Eze, has reiterated reasons why the recent electoral exercise in Rivers state will not stand for long, saying it was founded on illegality.

Eze, one of the most heard voices of the APC in the South-South region of the country, also taunted the Resident Electoral Commissioner (REC) of the Independent National Electoral Commission (INEC), Obo Effanga, saying his worst attack on the will of the people of Rivers state would have a short lived effect as “his paid job he did for Wike will soon be nullified, having been premised on a faulty and illegal ground.

Eze also expressed delight in the recent panic mood being exhibited by the leadership of the People’s Democratic Party (PDP) over an alleged plot, which he described as imaginary. The PDP, in a statement issued by its spokesman, Kola Ologbondiyan, had alleged of a plot by the Minister of Transportation and the Minister of Justice to set off a constitutional crisis in Rivers.

However, Eze noted that the evils that the PDP did, corrupting the nation’s judicial system and its officers, particularly through Governor Wike, who at every level managed successfully to bribe and buy judges to do his bidding to rob Rivers people their constitutionally assured rights and franchises, using the courts as his active collaborators, were at the base of the latest foul cry by the party.

According to him, the warning by the acting Chief Justice of Nigeria (CJN), Justice Tanko Mohammed, that “anyone who did not win election legally, will be removed at the Supreme Court”, was why the PDP started making all the “allusions and wild allegations”, adding that the foul crying by the party was because they would no longer be able to abuse the judicial system.

“This panicky step by Wike and PDP leadership through their press statement once again exposes them for their undemocratic principle of always attempting to blackmail or force the Judiciary into doing their evil biddings and sadly for them they have met an incorruptible Judge in the person of Justice Tanko who is ready to do interpret the law as it ought to be”, he said.

Eze further highlighted that, “Right from when INEC illegally suspended a legally ordered exercise, without any justifiable reason, the whistle had been blown on Wike and Effanga’s coven connection. The REC just had to see the utterly compromised process through to its end to justify his heavy compensation from his pay masters in the PDP, but they all know it won’t stand. Effanga had to manipulate, forge and bend the process to fulfill all righteousness, but their cover has since been blown from the day they illegally suspended the election in Rivers state”, he said.

He, however, encouraged Governor Wike to enjoy all the celebrations and congratulatory messages now coming his way while it lasts, noting that the ‘phantom victory’, which he said was an outcome of all sorts of illegalities, including concocted results and violation of the will of the people by the brazen actions of the INEC, will eventually not stand.

According to the APC chieftain, Wike’s victory was nothing but “a charade, sham and promotion of impunity and undemocratic plot, aimed at rubbishing and subverting the electoral rights of Rivers state and her people, who voted massively for a better tomorrow by electing Engr. Biokpomabo Awara of African Action Congress (AAC). Rivers people spoke overwhelmingly against the reign of an administration, which had robbed them of peace, security and development. Their choice which would eventually be upheld in a properly held polls soon.

“This fact of unlawful decision by INEC will surely be challenged in court by virtue of section 26, subsection 5 of the Electoral Act, which shall lead to the suspension of the concocted results so far announced until the matter is determined. So I sincerely sympathize with those celebrating an illegal process that will be thrown to the dustbin where it rightly belongs.

“Apart from the unconstitutional declaration of results, after the mandatory 21days, as contained in the Constitution of the Federal Republic of Nigeria, coupled with the fact that INEC kept in her custody the result sheets of the Rivers state polls, against the Electoral Law that stipulates that election results should be kept in the custody of CBN, what INEC has succeeded to achieve in its recent illegality is to justify the billions of naira that Governor Wike may have paid to some of her staff, knowing very well that this illegality will not stand the test of time”, Eze said