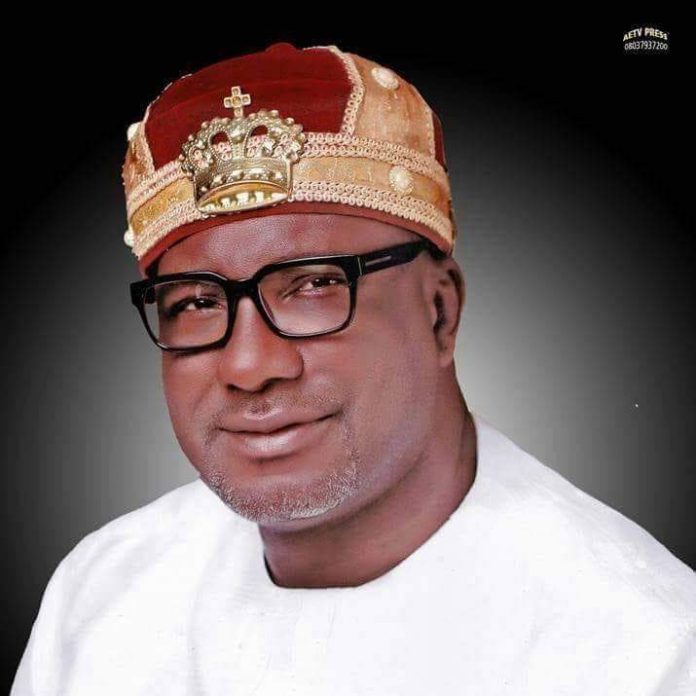 The Rivers State Chairman of the Peoples Democratic Party (PDP), Bro. Felix Obuah has expressed delight that almost one week after the landslide victory of Governor Nyesom Wike as announced by the Independent National Electoral Commission (INEC), an unprecedented jubilation still pervades the length and breadth of the State.

Bro. Obuah in a statement said the unrelenting jubilation is an evidence of wide acceptability of Governor Wike by the people of the State.

He said the reason that the post-election celebration has remained endless was because all efforts dissipated by those he called ‘evil forces’ to subvert the will of the people, failed woefully.

The State PDP Chairman observed that never in the history of the State had there been such singular occasion where all strata of the society – farmers, market men and women, fishermen, civil servants, pensioners, religious groups and even members of the opposition political parties, all in one accord, came out to rejoice over an electoral victory.

“How else could a people demonstrate total acceptability of a leader? How else could they express their love for that leader, a man that is passionate about the welfare of the people, a man who has defied every odd to prove that governance is possible? Rivers people have shown that the victory of Governor Wike is well deserved”, Bro. Obuah declared.

The State PDP boss declared that the jubilations also underscored the fact that Rivers State is indisputably a PDP State where no other political party is an option.

“What is happening in Rivers State is that Governor Wike’s re-election has triggered unending joy on everyone. He has touched lives as he used his first tenure to spread developments to all the nooks and crannies of the State”, Bro. Obuah stated, charging all and sundry to give the Governor their unalloyed support to enable him do more for the State in his second term.

We’ll Not Accept Disruption Of Work On Andoni Section Of Unity...