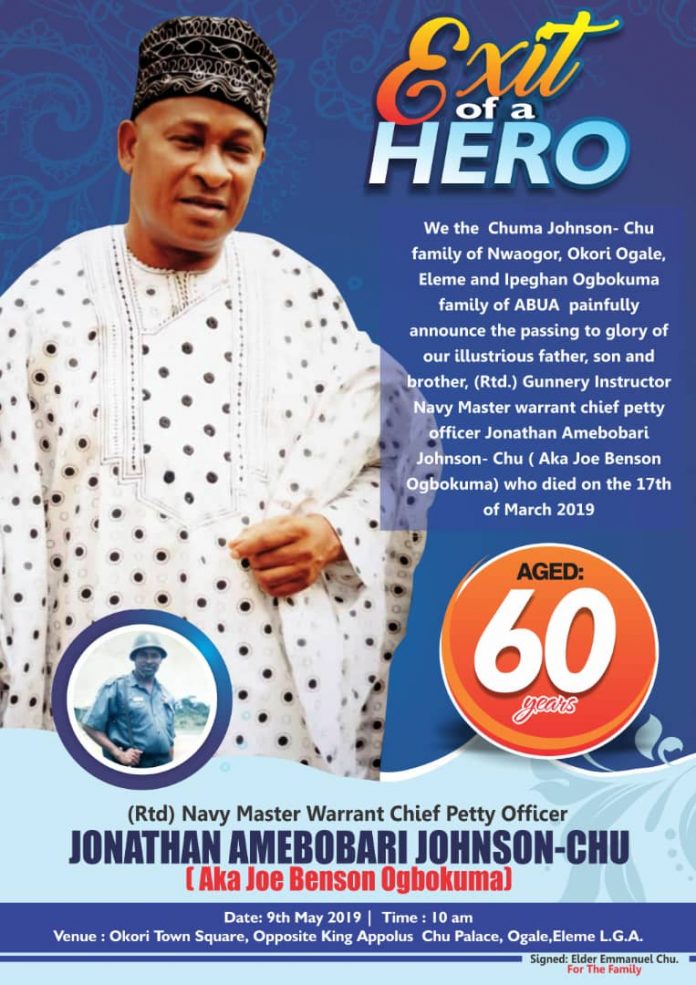 ”On March 15, 2019 he was shot by armed gang in is neighbourhood at Onne,Rivers Nigeria when he was trying to park his car, the cult boys ordered him to off his car lights during their evil operations”

That was the tragic end of a man who served his country meritoriously, The Late Joe Benson was rushed to University of PortHarcourt teaching hospital but he was not able to survive from the  gunshots wounds sustained during an encounter with cultists in Onne,he died on 17th March 2019.

CPOGI JOE BENSON OGBOKUMA, before his assasination was of the Seaman department  of the Nigerian Navy and specialized as Gunnery instructor. FC.

He served both at sea and ashore in the Nigerian Navy meritorious. He’s neat, punctual , firm and intelligence Senior Sailor onboard the Naval fleet.

The rate on cult related killing is on the increase and worrisome.