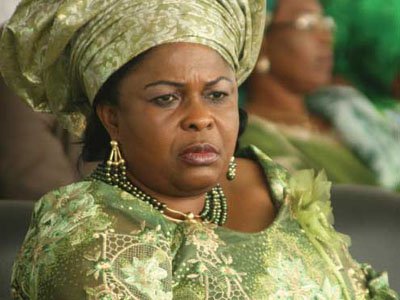 The Economic and Financial Crimes Commission (EFCC) had secured an interim order for forefeture of the sums on April 20, 2018, before Justice Mojisola Olatoregun, following a motion exparte it filed.

On Oct. 29, 2018, EFCC counsel, Mr Rotimi Oyedepo, had moved his motion for final forfeiture of the sums, urging that same be finally forfeited to the Federal Government.

On Jan. 15, the court had admitted electronic evidences presented by respondent counsel, which depicted video exhibits showing various business outfits of the third and sixth respondents

The court had then adjourned until Feb. 28, for judgment.

On Feb. 28, the judge had first dismissed an application by counsel to the respondents, seeking to set aside the interim forfeiture orders made on April 20, 2018.

Meanwhile, giving its ratio on the motion for final forfeiture, the court held that it finds the affidavit evidences conflicting, adding that same can only be resolved if the parties concerned are called upon to give oral evidences.

When trial resumed on Friday, EFCC counsel (Oyedepo) called a witness, Mr Chukwuma Orji, who deposed to some of the affidavits, and he made adoptions before the court.

Referring to his role in the course of investigation into the case, Orji told the court that he was Head of EFCC task force in Lagos, and named some of his team members as Ogare Ogbore, Idris Adamu. Abdullahi Tukur, Shehu, among others.

He said that he came across the account of Global Integrated Services Ltd, A. M P. M Global Network, Pagmat Oil and Gas Ltd, and Margel Resort Ltd, adding that he also came across an account name captured as Patience J.

Orji also adopted an affidavit deposed to by one of the team members, (Ogare Ogbore), and an objection by defence counsel was overruled by the court.

The witness confirmed sums of money lodged into a First Bank account, and also confirmed that the first respondent was a public officer, who worked with the Bayelsa State government, adding that he annexed documents to exhibit same.

He confirmed that the monies sought to be forfeited by the EFCC, are in dollars, whereas, the receipts of sale of proceeds were in Naira.

According to him, the money being transferred by Bola Shagaya were in dollars and converted to Naira, which emanated from Aso rock, adding that same was from unlawful activities of first respondent.

Under cross-examination by first defence counsel (Adedipe), the witness reiterated that he was part of the team of investigators in the case.

When asked if he was aware that the first respondent was Nigeria’s First Lady under President Goodluck Jonathan, he replied Yes.

On whether he was aware that the former First Lady had a pet programme known as Women for Change at the time, the witness replied that his investigations revealed that the programme was used to receive and conceal proceeds of crime.

On if that was the provision of the programme’s constitution, the witness replied that while the constitution says something different, its purpose was different.

When asked if the government of Bayelsa and Edo had complained to the commission, that the funds volunteered to the Women for Change was by force, the witness replied “I didn’t investigate to know if it was paid by force, ”

On whether he knew if Bola Shagaya was a friend to the former First Lady, the witness replied that he only discovered from investigations that they were co conspirators.

“Have they been charged to court, ” Witness replied “It is not my duty, ”

Adedipe then said “i suggest to you that you are not a witness of the truth, ” and the witness replied “You are wrong, ”

On whether the commission received any complaints from the Aso Villa about missing funds, he replied that he would not know as that was beyond his level, adding that he had seniors.

When asked if all the donors to the Women for Change Initiative ever complained of missing funds, the witness replied that he was not aware.

On whether he received any foreign intelligence against the respondent, he said “I don’t know ” and when asked if the first respondent was ever interviewed at any time, he said No.

Under cross-examination by counsel to the third to sixth respondent, (Ozekhome) the witness confirmed that he is aware that deposing to an affidavit is a solemn oath.

” I take it that you are not Ogare Ogbore whose affidavit you also adopted, ” the witness replied No.

When asked if the said Ogare Ogbore is sick or bedridden, the witness replied that he was not a doctor to know that and when asked if the person was dead or alive, he replied she is alive.

On whether he had stated that he was a team leader in his affidavit, the witness replied that a team leader can aslo be one of the operatives.

On whether in a statement obtained from Waripamo Owei-Dudafa, an ex aide to former President Goodluck Jonathan, or any other person, they had said they paid money into the account of third to sixth respondent, the witness replied “No, to the best of my knowledge, ”

When asked if it is his grouse that monies were moved into the account of the women for change, the witness replied that the concept was used to conceal proceeds of crime.

On whether he had interviewed any official of the third to sixth respondent to know why funds were paid to them by the NGO, the witness replied No, adding that the account did not lead to any of those officials.

The witness also told the court that he did not visit any of the companies in the course of investigation because it was not necessary.

When asked if he was aware that Bola Shagaya wrote a letter to the EFCC and if he saw it, the witness replied that he was not aware of the document.

Hearing will continue on May 9 and May 13.

Remove the subsidy: Create a million jobs By Nyerhovwo Tonukari