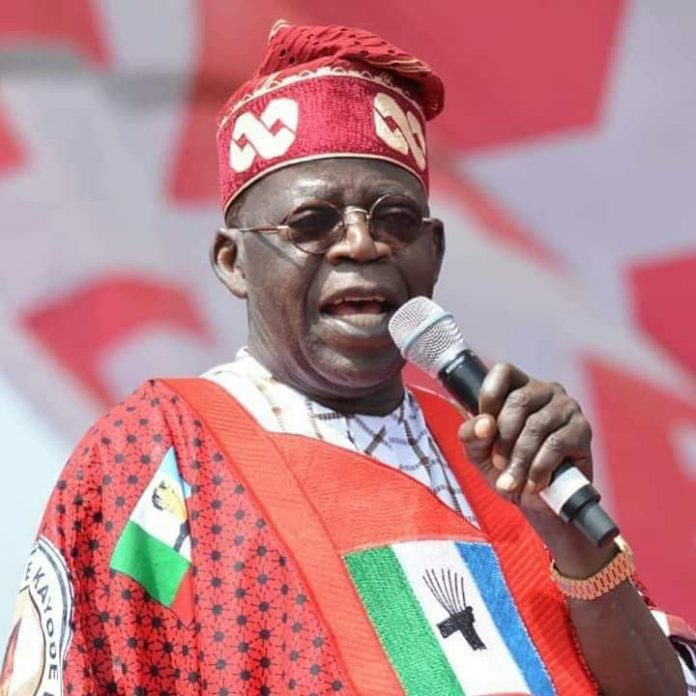 1. Asiwaju Bola Ahmed Tinubu was Governor for eight years but has continued to govern by proxy till date;

2. His wife has been Senator for eight years and still going for the third term now;

3. The incumbent Commissioner for Women Affair in Lagos State, Mrs Lola Akande, a former member of the Lagos State House of Assembly, is Tinubu’s sister-in-law;

5. Sade Tinubu-Ojo, the Iyaloja General of Lagos and Nigeria, is Tinubu’s daughter;

6. Her husband, Mr Oja, was a member, House of Representatives, representing Ekiti State;

7. Seyi Tinubu, one of Tinubu’s children, was appointed as the emergency financial consultant to all parastatals and local governments in Lagos State. His convoy is said to rival that of a state Governor, and he’s been positioned to take over as Governor of Lagos State in 2023, while his father Bola Ahmed Tinubu is unrepentant of his own ambition of becoming the President of Nigeria in 2023;

8. Akeem Muri-Okunola, who recently was imposed as the Head of Service against all civil service rules, is Tinubu’s friend’s son. He was Tinubu’s Personal Assistant when he was the Governor;

10. The Incumbent Commissioner for Health (a three-term Commissioner), Jide Idris, is Tinubu’s Cousin;

12. The incumbent Commissioner for Housing (a two-term Commissioner), Gbolahan Lawal, was ADC to Bola Tinubu;

13. OANDO supplies all the fuel being used by the BRT buses in Lagos and Wale Tinubu, the CEO of Oando is Tinubu’s younger brother;

14. A pseudo-company called Alpha Beta, collects at lead 10% of the revenues accruing to Lagos State, running into hundreds of billions of Naira in fees in the 15 years for doing practically nothing. The state still pays the Lagos inland Revenue Services (LIRS) another 10% as administrative fees to collect same revenue;

15. The landed property of Lagos State Polytechnic, Ikosi campus, was converted into private property, for the establishment of a television station (TVC), owned by Bola Tinubu.