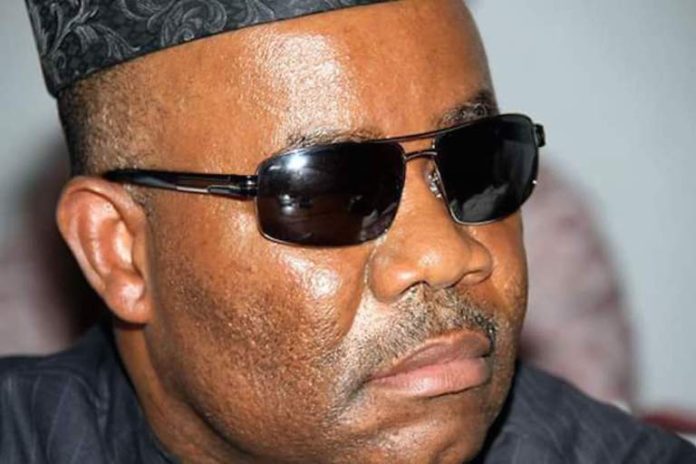 We state that nothing can be farther from the truth than the transparent lie of expulsion shamelessly spewed by Chief Akpabio. We make bold to state that at no time was Chief Akpabio suspended or expelled from the party. Chief Akpabio had announced to the world on August 8,2018 that he was defecting from the PDP to the APC in pursuit of National interest and to stem the tide of defections at the National Assembly. In fact, at different campaigns, he mocked the PDP as being empty since his uncommon defection . At no time did he mention the issue of expulsion, which has now become his creation as a lame defence to keep his seat. He conspired with Ntiedo Usoro, the then Chapter Chairman of Essien Udim to illegally write a letter of expulsion to him and back date same. The said Ntiedo having completed his assignment, later defected and joined Chief Akpabio in the APC.

This ignoble comedy which has been taken beyond sane limits is most condemnable and dishonorable. It is indicative of the total exit of honour from a man whom many erroneously held in high esteem. There is no way that Senator Akpabio could have been expelled by the party, without the concurrence of the State Executive Committee of the party. There is no record showing the existence of such a punitive move undertaken against the senator by his ward or chapter executive council. Expulsion is a process and not an event. We know that the disgraced senator is running from his shadows and questioning karma, as his conscience is putting him to remembrance of how he masterminded the suspension and eventual expulsion of his predecessor, Obong Victor Attah from the Party(though the act was reversed by the National Exco of the party). His successor, Governor Udom Emmanuel and the incumbent party leadership under Obong Paul Ekpo have decidedly made themselves unavailable for karma to use against him.

Nigerians are not fools and cannot be deceived by double speak and greed propelled dishonesty, but they may be amused by face saving but disdainful comedy, scripted and acted by an uncommon National Comedian. Senator Akpabio should count today as his lucky day, because if our great party had been joined in that suit, his fake bravado would have evaporated, exposing his real and inherent cowardly character and paranoia-influenced mindset.

We warn Senator Akpabio to desist forthwith from including the PDP in his serial lies. He is history to us, for all we care and soon, will be history to his Senatorial District- people who have sent the disgraced senator on compulsory political retirement.

A brave man should prepare to face the natural consequences of his actions and not to engage in perennial doublespeak, disgraceful pendulum motion and irreverent redefinition of established terms.

Ndukwe Ikoh: a Man with Planks in his Eyes…