Home PUO POLITICS Ndi-Igbo and 2023 Presidency: Amaechi’s statement was misunderstood and blown out of... 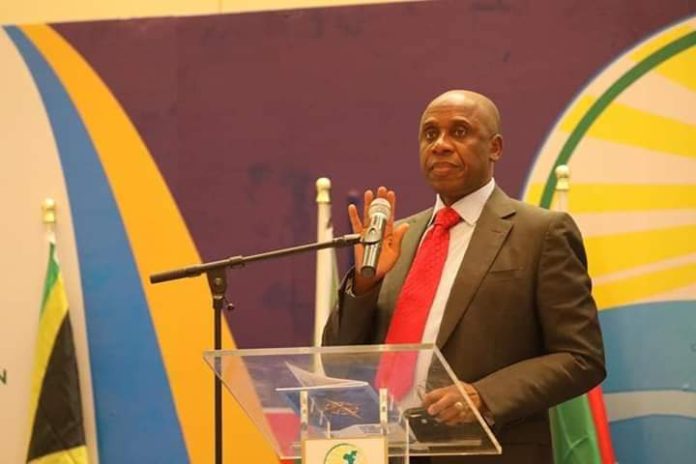 Recent derogatory remarks made against the Minister of Transportation, Rt. Hon. Chibuike Rotimi Amaechi, by some elements of Igbo extraction has been condemned and described as myopic and self-serving.

Condemning the attack on the Minister, an Igbo nationalist and chieftain of the All Progressives Congress (APC) in the South-South region, Chief Eze Chukwuemeka Eze, in a statement issued in Port Harcourt on Tuesday said there was no basis for the attack as what the Minister did was merely stating the obvious.

The Minister of Transportation and former governor of Rivers state, Amaechi, had recently opined that it would be difficult and almost impossible task for the Igbo nation to expect the ruling party to give its presidential ticket to South-Eastern Igbo candidate because when the region had the opportunity to be counted among mainstream APC followers, they loudly rejected the opportunity and rather chose to line behind the candidate of the opposition party.

“For refusing to support the APC, they cannot come to the table to demand the presidency slot.For people like us in the APC, if the Igbo had come and voted Buhari, they would boldly tell Mr President and the National Chairman of the party that presidency should go the Southeast, since the South-South, South-West and North-West have produced president. What argument would the Southeast come up with now to convince anybody that they deserve the slot for 2023 president”, Amaechi had queried.

However, Eze who is a well known voice of political issues in South-South region maintained that Amaechi’s statement had been blown out of proportion, maintaining that what the Minister said doesn’t in any way stop Ndi-Igbo from fielding or presenting presidential candidates for the 2023 election, but for working against the fortunes of APC during the 2019 general elections, they will not be expected to vie for the APC ticket, adding “it is a common and wise advice; you don’t eat from where you didn’t work for.

“How does this harmless suggestion portray Amaechi as playing God or planning against Ndi-Igbo from fielding candidates for the 2023 presidential election? This notwithstanding, Eze counsels that this stand would not stop Ndi-Igbo either using PDP, APGA or any other political platform from fielding candidates for the 2023 presidential election if they so desire but to vie for this position in APC based on the outcome of the 2019 elections is totally out of the equation.

The fact remains that the Ndi- Igbo worked and voted for the Peoples Democratic Party, even adopted Atiku Abubakar as their preferred candidate for the 2023 presidential election not minding the consequences that Atiku’s economic agenda for Nigeria runs into 2026, indicating he will contest the 2023 presidential election if he had won, so where and how will the Igbo contest the 2023 election if their adopted candidate had won?

“Amaechi is a patriotic and illustrious Igbo man being married to an Igbo Lady, Dame Judith Amaechi, of Igbo extraction, besides his special love for Ndi-Igbo is infectious by doing everything possible to guide and protect the interests of Ndi-Igbo since he joined politics. Apart from marrying an Igbo woman, he appointed an Igbo man, Barr Chuma Chinny of Delta Igbo extraction as Commissioner for Commerce and Pastor Mrs Manuela George-Izunwa who is married to an Igbo man as Commissioner for Women Affairs and accord me, Chief Eze Chukwuemeka Eze a place of honour in the politics of Rivers State likewise many other Igbos’ he has placed in sensitive positions when he was the Governor of Rivers State. His chief driver and most of his cooks are all Igbos. Governor Nyesom Wike stopped the foreign scholarship to Rivers state students and canceled the employment of 13,000 teachers that Amaechi employed because Ndi-Igbo were listed as beneficiaries so how can such a fellow be accused of working against the aspiration or interests of Ndi Igbo?

“Politics these days has gone beyond playing tribal and myopic politics and wanting to benefit from where you didn’t labour. Ndi Igbo should come together and proffer solutions to their seeming politics of exclusion from larger political interests and connections. Once they are able to put their house in order, nobody or force will deny them whatever they want in Nigeria”, Eze said.

BREAKING: Only three man Delegates will Vote in our Primaries, Says...