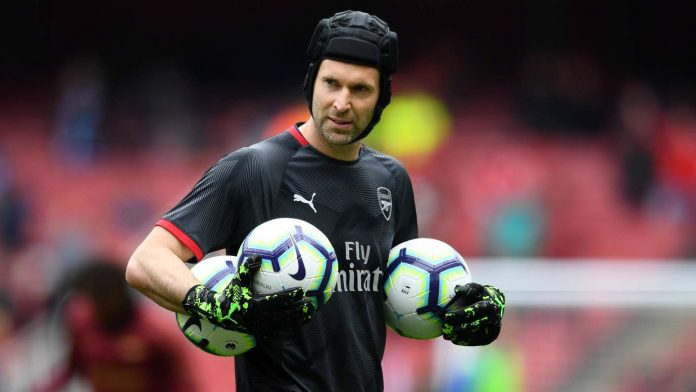 Former Chelsea goalkeeper Petr Cech will return to the club this summer as the club’s new sporting director, Sky Sports News have reported.

The 37-year-old will retire from playing at the end of this season and is set to rejoin the club where he spent 11 years as a player before moving to Arsenal in 2015.

It is not yet known what responsibilities Cech will have at Stamford Bridge as he will be the club’s first appointment in this role, with Chelsea having previously only had a technical director.

That position has been empty since Michael Emenalo’s resignation in 2017 and it is expected that the Premier League clean sheet record holder will take on a number of the duties that were completed by Emenalo once he begins his new position.

Sky Sports announced the news on their website but there has been no official confirmation from Chelsea, Cech’s current employers Arsenal or the man himself regarding the rumours about his future.

BREAKING: Petr Cech will return to Chelsea this summer in a new sporting director role at the club, Sky Sports News has learnt.

The Blues have made it clear that they intend to bring back members of the club’s ‘golden generation’ such as John Terry and Frank Lampard in the coming years and it appears as though the Czech ‘keeper will be the first member from that era to return to the club in a backroom capacity.

The timing of the news could not be worse for the Gunners with Cech due to play for Unai Emery’s team against Chelsea in the Europa League final on May 29.

Speculation about his goalkeeper’s potential move to their opponents will not please the Spanish coach, who will want everyone fully-focused on the game in Baku.

Arsenal must win if they are to qualify for next season’s Champions League while Maurizio Sarri’s side have already secured their spot by finishing third in the league.

Sports festival: We are not aware Edo is stopping hosting –...