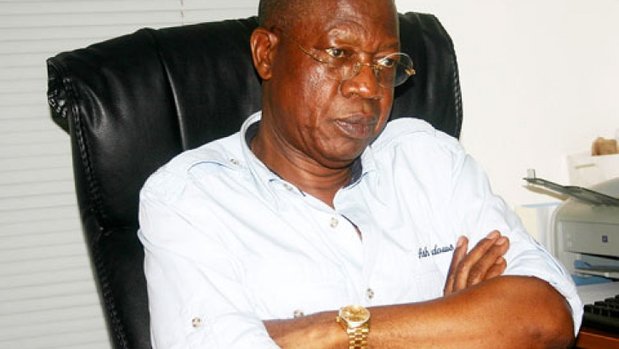 The Peoples Democratic Party (PDP) charges the Minister of Information and Culture, Alhaji Lai Mohammed, to apologize to Nigerians for misleading the nation and heating up the polity with unfounded security breach allegations against the PDP and our Presidential candidate, Atiku Abubakar.

The party says that with the assurances on Monday, that the nation was safe for the Presidential inauguration, Alhaji Mohammed has further exposed the fact that he, acting for the Federal Government, only conjured claims to create the impression that the PDP and Atiku Abubakar had set security breaches against the Presidential inauguration. Allegations that have vanished like what they are – phantoms!

It is indeed lamentable that in its desperation to secure acceptance from Nigerians and confer legitimacy to the outcome of a rigged election, the Buhari administration would manufacture and purvey fake news to the public, only for Nigerians to learn from the same Minister of Information and Culture, that his earlier claims against the PDP and our Presidential candidate were not based on any concrete evidence but, according to him, on having “no reasons to doubt” claims by other individuals.

Moreover, the minister’s claims that he relied on certain alarms fell flat as no agency in the country had ever accused the PDP, as a political party, or our Presidential candidate, Atiku Abubakar, of “doing everything possible to sabotage the Buhari Administration, generally overheat the polity and make Nigeria seemingly ungovernable” as claimed by Lai Mohammed.

It is now clear that the whole essence of the misleading allegation was to heat up the system, attempt to cow democratic voices, divert public discourse from the rigging of the Presidential election and scare the PDP and our Presidential candidate from pursuing our stolen Presidential mandate at the court.

We also have fears that Alhaji Lai Mohammed could have made those wild claims in a bid to pave the way to frame, harass, arrest and detain some opposition figures on trump-up charges.

Such antics have failed as Nigerians have seen through them and are resolute, behind Atiku Abubakar, in the determination to retrieve his mandate in the court, and no form of blackmail and intimidation will detract from that resolve.

By his fabricated claims, the Information Minister only succeeded in further demarketing our dear nation in the international arena, causing more damage to investors’ confidence in our system and exposing this administration as purveyor of fake news.

The PDP therefore invites Alhaji Lai Mohammed to apologize to the nation and desist from such acts of incitement.