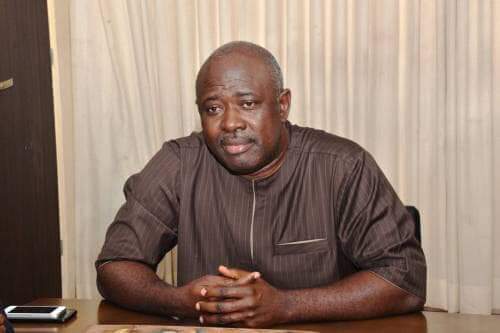 Minister of State for Agriculture and Rural Development, Senator Heineken Lokpobiri, has revealed that he does not want to be re-appointed for a second term.

The minister said he has already informed President Muhammadu Buhari against including his name in his new ministerial list.

According to him, he has already concluded plans to contest the Bayelsa State governorship election, a race he believes he will win.

Lokpibiri, who spoke on Channels TV said, “I met the president a few days ago and I told him that I want to run for governorship in Bayelsa having thanked him for appointing me as a minister.

“I have learnt so much under him in the four years than what I learnt as a parliamentary for 12 years. I want to take that experience back home and see how we can build a Bayelsa beyond oil.

“Sylva is not my godfather. When I was speaker in 1999 he (Sylva) was special assistant to Alamieyeseigha. When I came to the Senate, he became governor.

“Yes, I must concede he came into APC and might have facilitated my appointment as minister but that does not make him my godfather. In 2007, when he got elected as governor, I got elected as Senator. In 2007, I was with Timi Alaibe and that was how I got the ticket.

“In 2011, we worked together even when former president Goodluck Jonathan and Governor Seriake Dickson were fighting him. I worked for him and not Dickson.

“The APC governorship ticket would not divide us. As far as I am concerned, it is going to be a family affair. We might go into primaries and whoever wins would fly the party’s flag and I believe I am going to win,” he said.

‘I Didn’t Just Lose A Commissioner, I Lost My Best Friend...