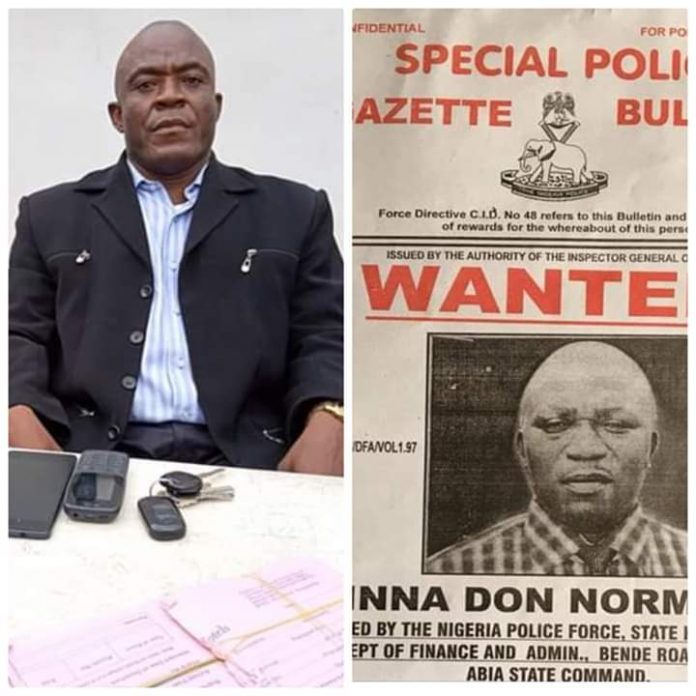 Seeing your 21-gun salute doesn’t make sense to me at all, you know why? The case is not yet over.

I believe you are aware that granting you bail doesn’t in any way suggest that your matter is over.

The court did not say that you didn’t give a dud cheque to Mr. Nwaeze Francis.

There is an avalanche of evidence against you, more particularly as you are still owing and have not denied giving your fraud victim a dud cheque. Do you think you need to celebrate?

I don’t also know why you should be dragging Senator Orji’s family and the State government to your willful self-inflicted injury. It is understandable that the hotel you lodged in and owed N650,000 (Six Hundred and Fifty Thousand Naira Only) which resulted to you giving dud cheque to the staff of Upper Graceland Hotel, who is neither just another human being nor a politician but an organization. So, why involving the hotel owner, and the former Governor of the State in your case? This is really a reflection of the fact that you don’t know what you are talking about. Yes, you don’t know! Even the CEO of Upper Graceland Hotel, how did you know him? Is it not Kelechi Apugo that brought you to him in 2015 .

Referring the man you played on his intelligence as an illiterate does not make sense. Whether Upper Graceland staff is illiterate or literate, he is challenging you that claims to be a “Professor” or emegei “activist” in court and you must be jailed at the end. We will all see how it would happen.

All this period of time you gave the cheque to the man, he has been making frantic arrangements to ensure that you paid his money accordingly. Had you paid that money, this petition wouldn’t have emerged. And you still claim to be an activist? Your activism is driven and fuelled by fraud and greed. Don’t you know that he who goes to equity must go with clean hands?

Your new found activism has been widely criticized; you worked with Orji Uzor Kalu, you were also arrested at Lagos Police Station before you were engaged by the former Governor who was paying you handsomely before your salary was reviewed downward, you then picked offence. You are an ingrate! You are also not a professional! If you were, you would know that when your contract finishes with any of your bosses, you should find your way and look for another life to live; but imagine you and the drama you are acting. Let’s watch to see how this your naked dancing in the market at this full blown day light would end.

Why should you get involved in a campaign of hate , insult and unending criticism against a man that is fighting for his right? Yet, you are an “ACTIVIST” Activism gbakwa oku! Can you remember that before this matter started, this man went to your best friend, Tony Onyenweaku, and made every effort for you to settle him before he started seeking legal means of settlement? Is it a crime to seek legal means of settlement? Would you “activist” prefer taking laws into one’s hand for such a case? Has this man any business with you meeting Senator Orji on becoming your boss?

When you were working with Senator Theodore Orji, did this man accompany you to the Senator? Why are you blaming your woes on your former boss?

You don’t even have a good life, no wonder you are behaving this way. You attended School of “Poorlogy”, no wonder you can’t stay without sleeping with little girls at this your age. Those who know you very well would not be surprised at your
escapade, criminal and fraud related activities, after all, your own biological father disowned you while he was alive. This reason for disowning you is not unconnected with your type of life style that is unbecoming of a young man.

No matter what you write, it cannot stop the man you defrauded from seeking justice from the law court. Justice delayed is not justice denied. You must be convicted. Just get ready to spend the rest of your life in jail, there are no two ways about it.