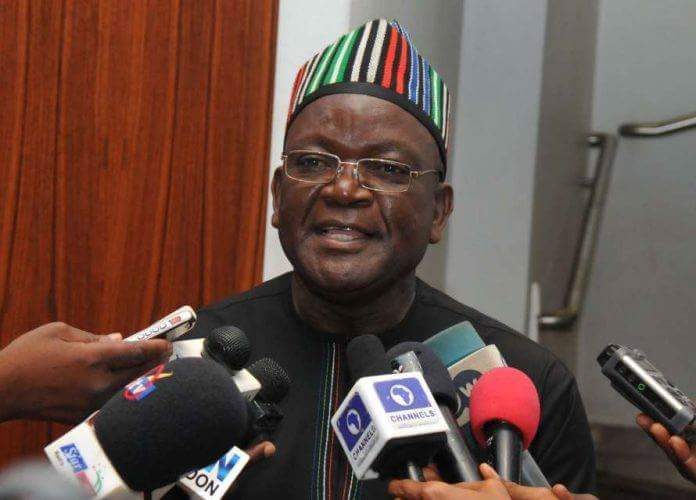 Benue State governor, Samuel Ortom has called on the federal government to dump the controversial idea of Ruga settlements and instead seek solutions to the underlying causes of the violence-ridden seasonal migration of herdsmen and their cows from the North to the South and back.

Governor Ortom, said desert encroachment and lack of sufficient vegetation, which are responsible for these movements, could be remedied as was done in Israel, where a complete desert was transformed into a rich agricultural hub that now feeds the rest of the world.

He stated that if the sandy Negev desert, which had no water or vegetation could be so transformed, there is no reason the same cannot be done in the north of Nigeria, where there is water and vegetation but where the only problem is desert encroachment.

He spoke yesterday while declaring open the 43rd annual conference of the Soil Science Society of Nigeria going on at the Federal University of Agriculture, Makurdi.

Governor Ortom, who was represented by his deputy, Engr Benson Abounu called on the federal ministry of Agriculture and Natural Resources to engage the services of the Soil Science Society of Nigeria to study the soil in the far North bedevilled by desert encroachment, and find solutions to the encroachment. Doing this, he said would check the encroachment of the desert, and help transform the North into a rich vegetation belt, ideal for pastures and crop cultivation as is the case in the south of the country.

Governor Ortom, who was made an honourary Fellow of the Soil Science Society of Nigeria for his outstanding contributions to agricultural development in the country, charged soil scientists in the country to rise to the challenge of meeting the expected growing demand for food occasioned by the negative impact of climate change on food and nutrition and the limitations imposed by insecurity.

He said the idea of establishing ruga settlements for herdsmen from the North and their brothers from Mali, Senegal, Niger and Libya is not a solution to the farmers/herdsmen conflict in the country, but rather a great danger that could lead to the disintegration of this country.

He called on the Soil Science Society of Nigeria and the scientific community in the country to give more attention to the effective application of their scientific findings, instead of concentrating more on paperwork and academics.

Earlier, President, Soil Science Society of Nigeria, Prof. Bashiru Raji, said the theme of the conference, “understanding Nigerian soils for sustainable food and nutrition, security and healthy environment” was chosen to reflect the topical issue of soil management in enhancing food and nutrition security in the face of climate change, rising insecurity, kidnapping and increasing herdsmen and farmers clashes.

He explained that the conference affords members of the society opportunity to interact professionally with each other, share research findings, and cultivate enduring collaborations with each other.

There were several goodwill messages from many personalities, organisations and agencies, among them the Vice-chancellor, Federal University of Agriculture, Makurdi, Prof. Anande Kimbir, the President, Nigeria Institute of Soil Science, Prof. Ogunkunle, permanent secretaries, Federal ministries of Agriculture and Natural Resources and rural Development, and that of the federal ministry of Environment.