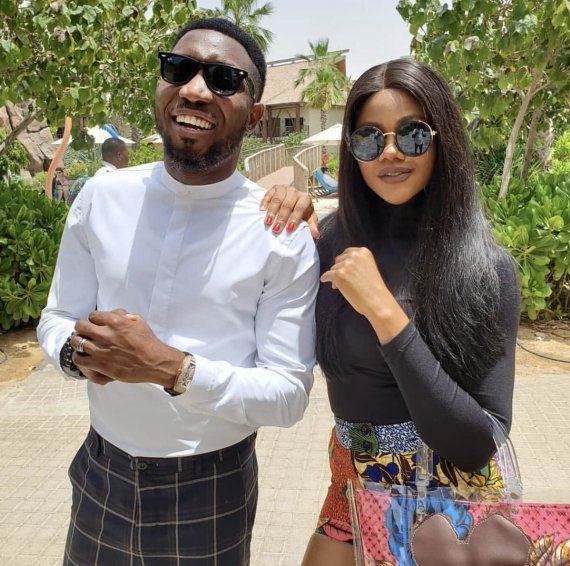 The Inspector-General of Police has ordered an investigation of the police officers who delivered the letters inviting the Dakolos to Abuja for interrogation over what was alleged to be ‘falsehood, criminal conspiracy, threat to life and mischief”.

The investigation will ascertain whether the procedure which the Police operatives adopted in serving the letters on Timi and Busola Dakolo on Saturday, 20th July, 2019, was in conformity with Police Standard Operating Procedure and International Best Practices.

According to Police PRO, Frank Mba, the IGP wanted the behaviour of the officers be subjected to rigorous and discreet scrutiny.

The IGP made the order today as he also charged Michael Ogbizi, a deputy Inspector-General to take over the probe of the rape allegation levelled by Busola Dakolo against Pastor Biodun Fatoyinbo of the Commonwealth of Zion Assembly.

Busola and her husband, Timi Dakolo have been invited to appear at the police headquarters on Tuesday.

In ordering Ogbizi to take over the case, IGP Adamu said he wanted to ensure
a speedy, thorough, fair and impartial investigation.

Ogbizi is in charge of the Force Criminal Investigation Department (FCID).

The DIG is also expected to take over the investigation of the complaint made by Pastor Biodun Fatoyinbo against the Dakolos in addition to providing a personal supervision to all facets of the investigation to ensure justice and fair-hearing to all the parties, with each case being treated purely on its merit, according to a statement by DCP Frank Mba, the Force PRO.

Armed policemen, in an intimidating manner, stormed the residence of the Dakolos on Saturday in Lekki Lagos, all to hand over letters of invitation to the couple, asking them to report at the police headquarters in Abuja on Tuesday.

Their behaviour was roundly condemned.