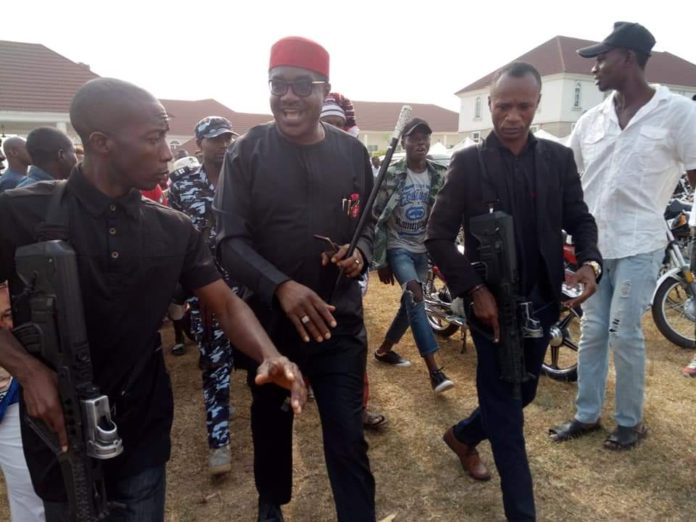 The National Assembly Election Petition Tribunal Sitting in Umuahia the Abia State Capital on Tuesday resumed the cross Examination of Witnesses in the petition filed by Senator Mao Ohuabunwa against the electoral Victory of Senator Orji Uzor Kalu of Abia North Senatorial District.

The Tribunal had last week adjourned over missing of some Documents admitted by the Tribunal.

However before the commencement of today’s session, the Chairman of the Tribunal announced that the missing exhibits has been found.

The Tribunal resumed Cross Examination of a Witness from Bende Local Government Area over some Units and Ward Results in Bende.

The Witness Mr Onwuchekwa confirmed that he confirmed all results entered in the units in Ward 2 Bende.

However a mix drama played out during the cross Examination of the witness of the All Progress Congress over certified true copies of the results from Bende.

The Counsel to Senator Mao Ohuabunwa contended that the Certified true copies of the results is greater than what ever the Respondent tendered before the Court in exhibit R1(7).

At the time of filling in this Report, the Tribunal has gone on few Minutes Recess.