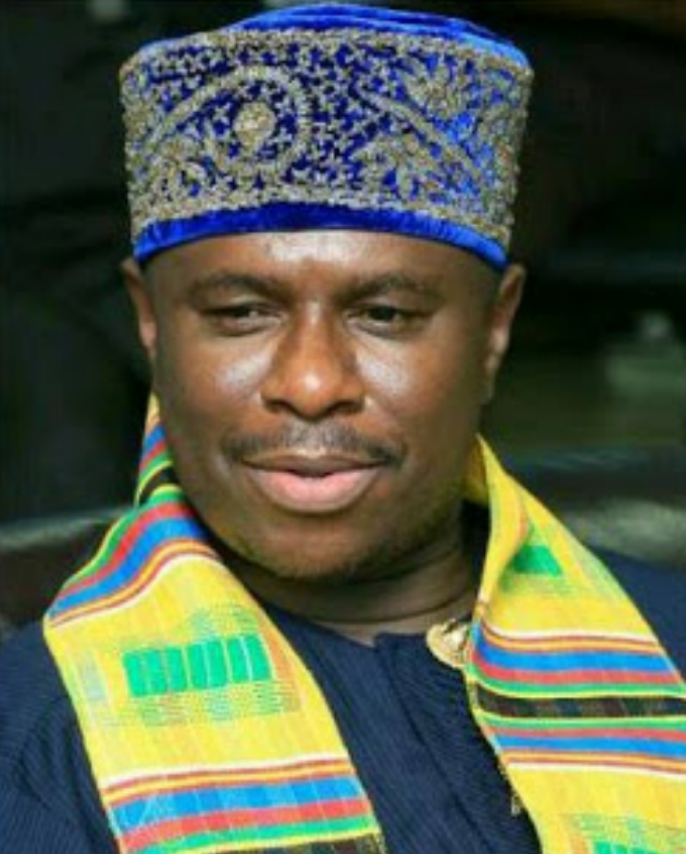 Dr Dakuku Peterside, the energetic Director-General of Nigerian Maritime and Safety Agency (NIMASA), the APC Governorship Candidate in Rivers State in the 2015 elections has been described as one of the best representatives of the Niger Delta region in contemporary Nigerian politics.

Spokesman of the defunct New Peoples Democratic Party (nPDP), Chief Eze Chukwuemeka Eze, who doled the accolades on Dr Peterside, also described him as “a value-added” to the administration of President Muhammadu Buhari, noting that the NIMASA, under his watch, has recorded countless laudable achievements to the credit of the administration.

Eze, who has become known as one of the most fervent defenders of the policies of the All Progressives Congress (APC) and the Buhari administration in the South-South region, also said a recent positive assessment of Dakuku’s performance by the Kaduna state governor, Mallam Nasir El-Rufai, as “a vibrant young man who has brought a lot of reforms to the maritime industry” as spot on.

Eze, however, regretted that political conspiracy and prevalent electoral malpractices, as witnessed in 2015 had robbed Rivers State of being led by such a young, vibrant and visionary leader as Peterside, adding that the misrule and retrogression of positive development, currently being witnessed in the state are the fruits the elite and political conspiracy that robbed Peterside and the APC of their mandate in the State in 2015.

Eze who have monitored the politics of Dr. Dakuku Adol. Peterside right from his days as the Commissioner of Works of Rivers State under the watch of Rt. Hon. Dr. Amaechi in 2007 highlighted that Peterside is a celebrated icon, an enigma, a study in resoluteness, benevolence, audacity, resourcefulness, creativity, a symbol of unity, a visionary, egalitarian and, most importantly, a great patriot whose love for Nigeria and Nigerians is infectious. A bridge-builder and loyal to friendship.

Dakuku who wears humility and loyalty as a cloth is one of the finest disciples from the political family of Rt. Hon. Dr. Chibuike Rotimi Amaechi and one of the emerging powers in the Nigerian politics and most importantly an emerging force in the Maritime Industry in the entire world who became the first Nigerian to be elected by 34 countries as the President, Association of African Maritime Administrations (AAMA).

Eze describes Petetside as the pride of Rivers State and one of the most articulated and educated political leader from the State, an extraordinary and innovative administrator which absence form the governance of the State have resulted to the present catastrophic and sorrow state of Rivers State. The Rivers State loss of this ingenious man is the gain of Nigeria and Africa as he has proved that he has the Midas-touch that can change the fortunes of any Organisation or assignment he gets himself involved.

The APC chieftain stated that Dakuku is a terror to undemocratic principles particularly to Governor Nyesom Wike of Rivers State and his untoward manner of governance and dreads Peterside like a plague and mere mention of his name alone sends shivers down his spine.

“For turning around the fortunes of the Nigeria’s maritime sector, to increase its contribution to the economy, Dr Dakuku has justified his appointment as Director-General of NIMASA and one of the most skillful and opportuned decisions by the President Muhammadu Buhari’s administration in its drive to revolutionise the maritime industry.

“Since Dakuku’s appointment as Director-General of NIMASA in March 2016, a lot of reforms have been initiated, including the new Cabotage Compliance Strategy, which has created more employment for Nigerians in the maritime sector and significantly grown the maritime sector’s contribution to both the Federation Account and the Gross Domestic Production (GDP).

“Under the watch of this reformer and revolutionist, Dr. Petetside, NIMASA, with its record-breaking income generation into Nigeria’s coffers, received presidential commendation and dusted other similar agencies to top the chart on Port and Flag State Control in the West and Central African sub-regions. The maritime regulatory agency outranked other maritime regulators in the region, in the inspection of vessels calling at Nigerian ports, according to the latest report by the Abuja Memorandum of Understanding (MoU) on Port State Control for West and Central African Region, otherwise known as Abuja MoU.

All these were part of the fruits of recent reforms initiated by the agency and deliberate investment in enforcement equipment. The fact remains that the management team of NIMASA is conscious of global best practices and is determined to rid our waterways of all substandard vessels, with the ultimate aim of ensuring a safe and robust maritime domain. This afforded the agency the capacity to be a competitive player in the global maritime space, giving her an edge in the comity of maritime investment destinations.

Eze commended Dr. Peterside and his team for following the international requirement for countries by inspecting and surveying over 600 vessels calling at Nigerian ports, describing the fear as “an unprecedented feat, showing the country is alive to its port state and flag state responsibilities. The increased inspection and survey has ensured that substandard vessels no longer call at Nigerian ports. It has improved safety on Nigerian waters and led to a reduction of vessels with deficiency from 18.99 % in 2015 to barely 14 % in 2018.

“NIMASA has, since the last three years, engaged in deliberate efforts to protect the country’s maritime assets and environment by building up response capabilities under the Deep Blue Sea project. The Agency has acquired special mission aircraft, special mission telecommunications gadgets, and 17 interceptor special mission vessels. It has also, in conjunction with the country’s security services, set up a Command and Control Centre, with a complement of armoured vehicles to patrol littoral states, and a standing military force to deal with criminal activities at sea”, Eze revealed.