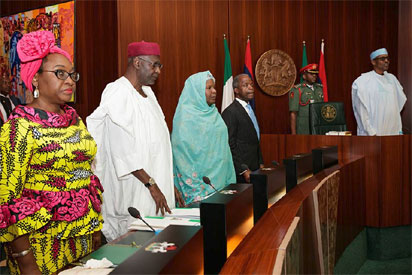 President Muhammadu Buhari has finally forwarded the names of ministers-nominee to the Senate, to put an end to the long wait on the list.

Eight weeks after he was sworn in for another term in office, the President submitted the list of those who will form his new cabinet for confirmation.

Senate of the President, Senator Ahmed Lawan, read the names of the nominees on the floor of the Senate during plenary on Tuesday.

He said the candidates would be screened on Wednesday.

Of the 43 names submitted, only seven were female – including the immediate past minister of finance who was nominated again by the President. 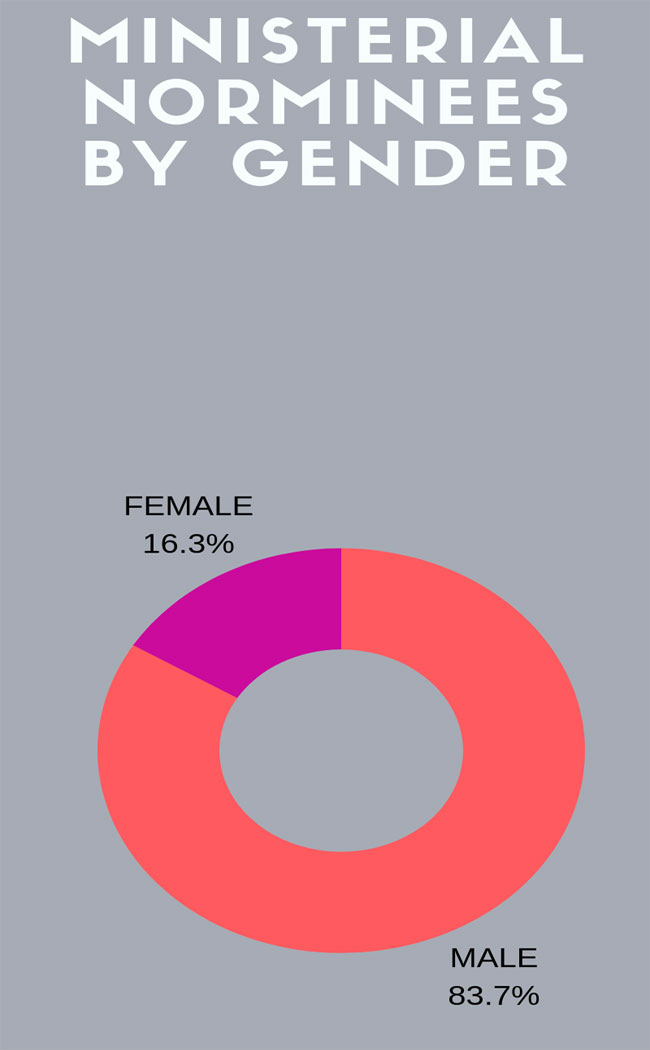 Although President Buhari selected his cabinet members across all the geo-political zones in the country, the North-West produced the highest number of nominees while the South-East has the lowest. 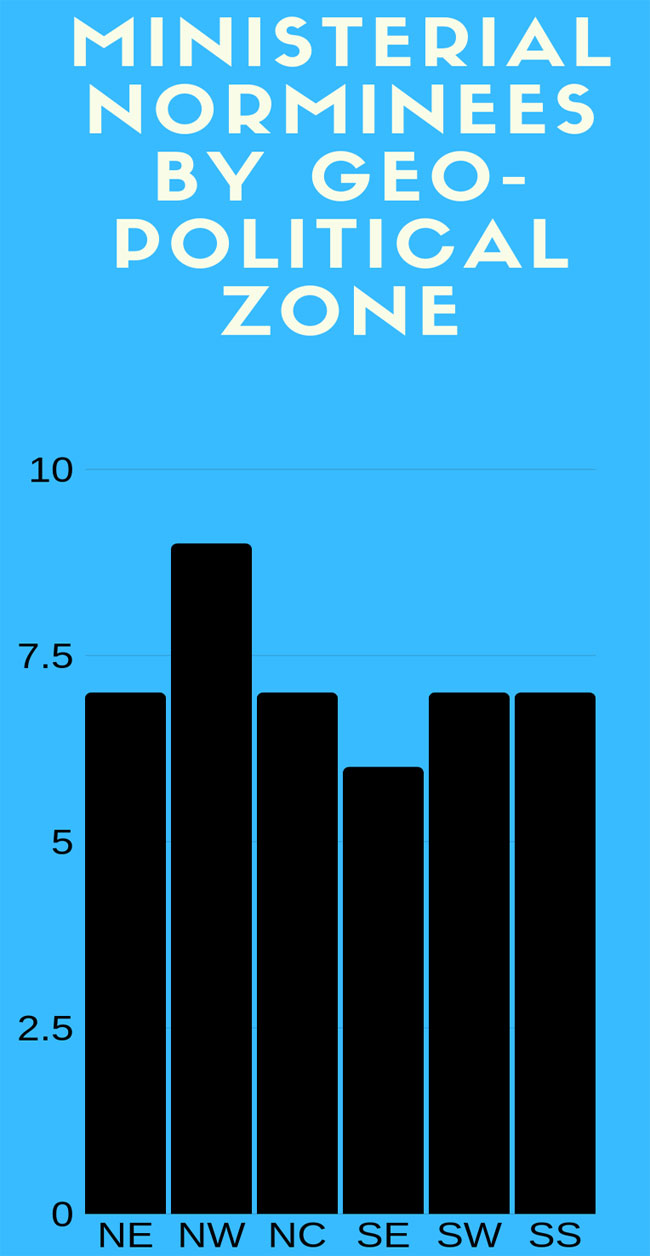 Similarly, the President nominated 11 other former members of his cabinet apart from Mrs Ahmed.

See the full list of nominees according to their geo-political zones: