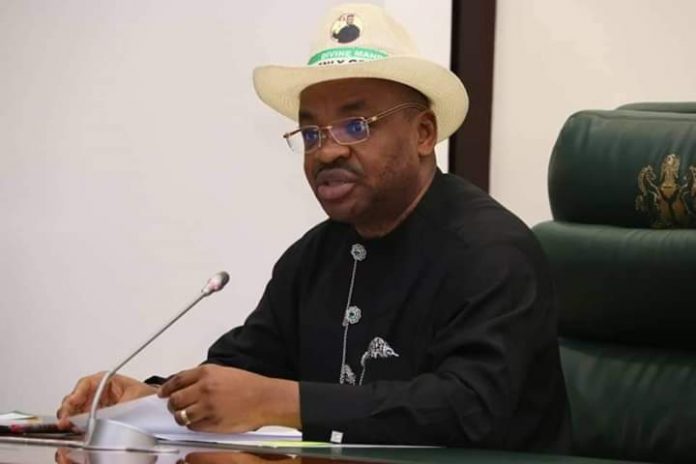 Akwa Ibom state governor, Mr. Udom Emmanuel has warned against assault of any resident of the state by supporters of public officials whether elected or appointed to serve the state.

The governor expressed his displeasure while swearing in new permanent secretaries in the executive chambers of the governor’s office, Uyo, the Akwa Ibom state capital.

Governor Emmanuel, who was reacting to an online video showing a young man being brutalized in the state by thugs for allegedly insulting a Council Chairman, said the action was against the ethos expected of a public office holder elected to serve the people.

Condemning the assault, Governor Emmanuel said “I want to condemn the assault that took place at Abak Local Government Council, currently circulating on the social media. Such actions are unacceptable in a civilized society and do not represent our core values in the state.” The governor said he has directed a full investigation in to the incident with a view to forestall future occurrence.

Governor Udom Emmanuel said Permanent Secretaries play crucial roles in the management of government Ministries and those appointed to such office must be above board. He said though his administration has endeavoured to ensure that every local government has at least a Permanent Secretary in the service, he has ensured that those appointed were solely on merit and cannot be sacrificed on the altar of where one comes from.

He decried the dearth of personnel in the field of engineering and surveying who could be considered for appointment as permanent secretaries in the service.

The governor urged the newly appointed permanent secretaries to close ranks with the Commissioners of Ministries they will be assigned to for the overall development of the state. Those sworn in were: Mr. Mark Stephen Umoh, Engr. John O.Itiat, Mary Ukoette Bassey, Mfonobong E. Okim.