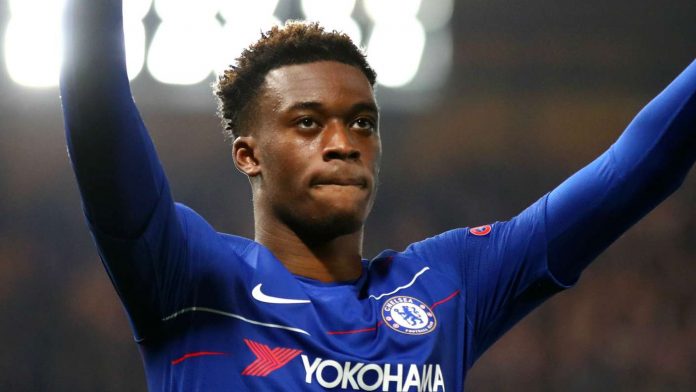 The Blues will secure the future of one of their most talented young players after seeing off strong interest from Bayern Munich.

Bayern Munich’s attempts to sign Chelsea winger Callum Hudson-Odoi were the key reason behind the club’s decision to offer him a new contract worth £150,000-a-week, rising to £180k-a-week with performance-related add-ons.

The Blues were under pressure to match the terms offered by the Bundesliga champions but have got the deal over the line to make the 18-year-old one of their highest-paid players.

It had been widely understood that Hudson-Odoi would receive £100k-a-week basic, but sources close to the talks have told Goal that the figure is closer to £150k, with the amount still with the potential to rise to £180k.

The England international will commit to a five-year contract and lawyers are currently going over the paperwork after all parties agreed to the numbers involved.

Bayern, meanwhile, are now trying to sign Manchester City star Leroy Sane having publicly stated their interest in Hudson-Odoi on more than one occasion over the last few months.

They offered the teenager a sizeable signing-on fee and the No.10 shirt after failing in their January approach which saw them bid as much as £35 million ($44m) for the youngster.

Hudson-Odoi’s current deal has less than a year to run, leaving Chelsea fearing that they could lose the talented winger for a cut-price tribunal fee.

The homegrown star handed in a transfer request in January and had his head turned by Bayern after growing disillusioned with a lack of first-team chances at Chelsea.

Hudson-Odoi has made only 28 senior club appearances in his career to date, while he has two England caps after being brought into the international fold by Gareth Southgate.

N’Golo Kante remains Chelsea’s top-earning player by some distance on £290,000-a-week but Hudson-Odoi’s deal puts him amongst the second tier of player salaries at Stamford Bridge.

That includes the likes of Kepa Arrizabalaga, Ruben Loftus-Cheek, Cesar Azpilicueta and Marcos Alonso, with the £180k figure suggesting that the 18-year-old will be heavily involved in Frank Lampard’s first-team plans.

Indeed, Lampard has already stated his desire to keep Hudson-Odoi and he will be boosted by the news that he is willing to stay

Eden Hazard left Stamford Bridge earlier this summer in an £88m ($119m) move to Real Madrid and while Hudson-Odoi wants the Belgian’s No.10 shirt, Willian seems likely to get the number.

However, there is some confusion as Lampard has denied a decision has been made over the situation of assigning Hazard’s old squad number.

Hudson-Odoi joins Loftus-Cheek and Mason Mount in renewing their contracts this summer as Chelsea focus on keeping their young stars amid their two-window transfer ban.

The winger, who suffered a ruptured Achilles tendon on April 23, has returned from his summer holiday and is aiming to be back in first-team action around mid-September.

The making of Christensen