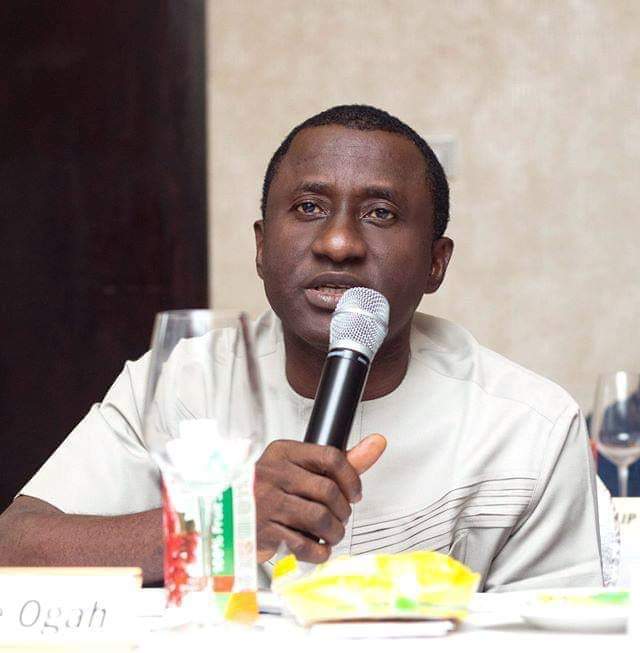 E Pluribus Unum. Out of Many, One.

Indeed, his emergence as ministerial nominee has become epochal. As his name portends, he has shone like countless stars. He is indeed the will of God.

Dr. Ogah equally holds an Honorary Doctorate degree in Business Administration from Abia State University, Uturu. He is the winner of the 2013 Nigerian-American Chamber of Commerce Outstanding Entrepreneur Award. He also holds the Sun Newspapers Investor of the Year Award 2016.

In 1997, his tenacious ability led to the general growth of Zenith Bank where he grew a branch of the bank from zero balance to over Nine (9) Billion Naira. This is unprecedented and a no mean feat and it resulted in his promotion to Assistant General Manager within the 10 years he put in with Zenith Bank.

The entrepreneurial prowess of Dr. Uchechukwu Sampson Ogah is readily seen in his current leadership role as President/CEO of Masters Energy, and within 10 years, they expanded to 16 subsidiaries in their conglomerate.

Currently, Dr. Ogah is the second highest employer of labour in Abia State, after the state government. His organization, Masters Energy has become a major player in the upstream and downstream sectors of the oil and gas industry in Nigeria and in a short space of 10 years, was listed among major oil marketers.

Dr. Uche S. Ogah is a man of grand qualifications and wealth of experience. He has contributed immensely to the development of Nigeria through industrialization, job creation, philanthropy and leadership mentoring of Nigerian youths. These qualities of his, encouraged the Federal Government of Nigeria to confer on him the national honour of Officer of the Order of the Niger, OON.

He is acutely well versed in the economy, banking, oil, industrialization and entrepreneurship. This is indeed a pedigree highly required to sustain the growth trajectory of Nigeria.

At his appearance on the floor of the Senate of the Federal Republic of Nigeria to be screened by distinguished senators, Dr. Uchechukwu Sampson Ogah was a spectacle to behold. He held the floor of the senate in utter professionalism and the senators in rapt attention. In him, indeed, the senators knew that President Muhammadu Buhari has selected a special peg.

The massive achievements, knowledge and experience of Dr. Ogah in the private sector places him at a high pedestal to lead the efforts of President Muhammadu Buhari in revamping the economy of Nigeria as a Minister of the Federal Republic of Nigeria in any assigned ministerial portfolio.

Dr. Uchechukwu Sampson Ogah will indeed shine in several colours of excellence as he has risen as a phoenix and as his initials USO transliterate, he is the Confection to sweeten the experiences of Nigerians in any assigned federal ministry.

Senator T.A. Orji and the Restoration of Sights: a Divine Mandate being Fulfilled – By Jude C. Ndukwe

The Triumph of Engr Chinedum E. Orji By Eddie Onuzuruike