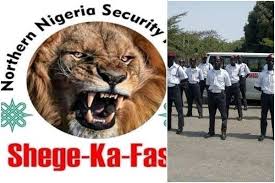 The security outfit group which is made up of various socio-political organisations during the launch in Kaduna State said the security outfit is aimed at protecting the lives and property of citizens in the region and will be formally inaugurated in the few weeks.

On Wedneday the logo of the security outfit, which shows an angry lion, was also launched.

It was leaent that the group has already procured vehicles and trained personnel in preparation for the commencement of operation.

Abdul-Azeez Suleiman, Spokesman of the Coalition of Northern Group, during the unveiling said the decision to set up the security outfit is due to the increasing cases of banditry, kidnapping, and terrorism in the region.

He also called on the nineteen northern states governors to urgently join the initiative and provide the necessary legal framework for its operation in order to secure the lives of the people.

Abdul-Azeez Suleiman while giving further reason for the establishment of the security outfit said the dwindling economy, rising poverty and crippling security situation in the northern region requires the active involvement of communities that are at the receiving end.

The northern regional security outfit according to the initiators will complement the efforts of the police, the military, the state security services to detect, expose and defeat all criminal machinations and carry out specific and general tasks that would realign the attitude and thinking of the public with the ideals and objectives of the founding fathers of the North.

Meanwhile, the Kaduna State Command of the Nigeria Police, through its spokesman, Yakubu Sabo said that it is not aware of the establishment of the security, and was not contacted before it was launched.