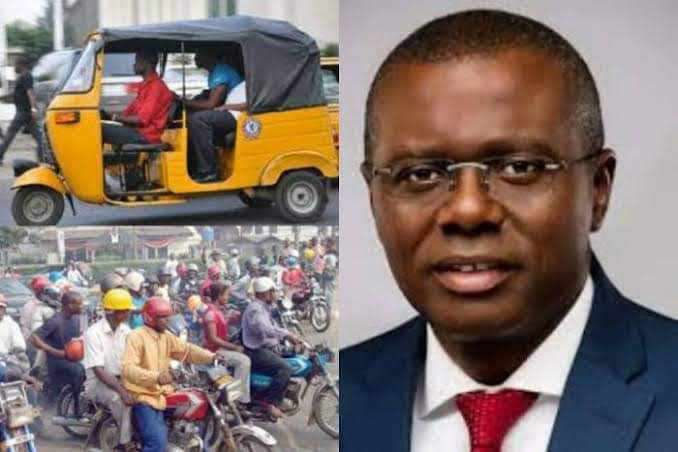 The Peoples Democratic Party (PDP) sympathizes with Nigerians living and working in Lagos for the excruciating ordeal they are facing following the ban on the use of commercial motorcycles and tricycles (Keke Marwa) in the state.

The party however noted that the ordeal should be blame on President Muhammadu Buhari who, in 1985, terminated the initial Lagos Metro Rail Line project started by the government of Alhaji Lateef Jakande to facilitate mass transportation within Lagos, as Nigeria’s commercial nerve center, and surrounding cities.

The PDP states that had President Buhari not terminated that laudable project by the Lagos state government, Lagosians would not be suffering the transportation infrastructure deficit they are faced with today.

By now, Lagos state would have been boasting of state-of- the-art transportation infrastructure and facilities with associated economic boom like her peers in other parts of the world.

It is saddening to note that not only did the termination of the initial metro line slowed down and almost crippled development in Lagos, President Buhari’s current administration has also continued to fail to take conclusive step to address the transportation challenges in Lagos, despite outcries by Nigerians.

Furthermore, leaders of Lagos state have consistently demanded a special status recognition for the state, expectedly, to ease infrastructural quagmire of the state.

One would have expected that with the level of support Lagosian reportedly gave to President Buhari in 2015 and 2019, Mr. President would have addressed the needs of the state as a commercial nerve center of our nation.

Moreover, the APC, as a party, has failed in calling out its Federal Government to address the infrastructure challenges in Lagos.

Such attitude toward the development of a city such as Lagos shows that the APC has no interest in the growth of our nation and the welfare of our citizens.

However, without prejudice to the reasons adduced by the Lagos state government, for us in the PDP, as a party, which has the interest and wellbeing of the people at heart; alternatives ought to have been put in place before this ban. Such attitude to governance is the marked difference between our party and the anti-people APC.

The PDP therefore counsels the government of Lagos state to immediately adopt alternatives to ease the suffering of the people as their welfare ought to be its primary focus of governance.

The Federal Government should also apologize to Lagos state for terminating the metro rail line and take urgent steps to address the transport situation of the state.

Insecurity: Wike Calls For The Establishment Of State Police