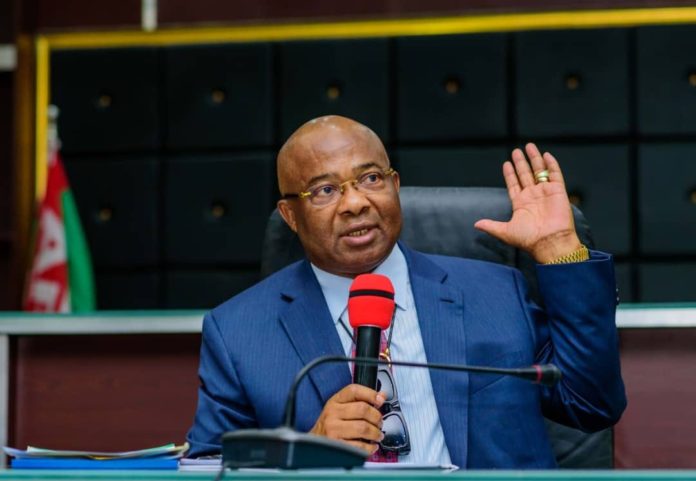 Spread the post
The Imo State Governor, Senator Hope Uzodinma has approved the constitution of Interim Management Committees for the 27 Local Government Areas in the state.

The approval of the IMC chairmen was sequel to a motion moved by the member representing Aboh-Mbaise state constituency in Imo House of Assembly, Eddy Obinna  at the plenary last Tuesday.

In a press release signed by Oguwuike Nwachukwu, Chief Press Secretary, and made available to newsmen, he said that other members of the interim management for each LGA will be announced later.

In a related development, the Governor has removed Prof. B. E. B Nwoke and Prof. Cornelius Nkwam Uwaoma, the deputy vice chancellors of Imo State University (IMSU) for administration and academics respectively.

This, according to the release, was in accordance with the Imo state University law no. 5 which regulates the duration of the DVCs for a period of two years.

The Governor has directed the two University DVCs to hand over all the school property in their possession, while wishing them well in their future endeavours.

Their removal letters, according to reports, were signed by the state Commissioner for Education, Prof. B. T. O Ikegwuoha.

IPOB has no powers in Imo – Uzodinma blast Nnamdi Kanu

Court Hear Application by FG To Detain Sowore For More 20...