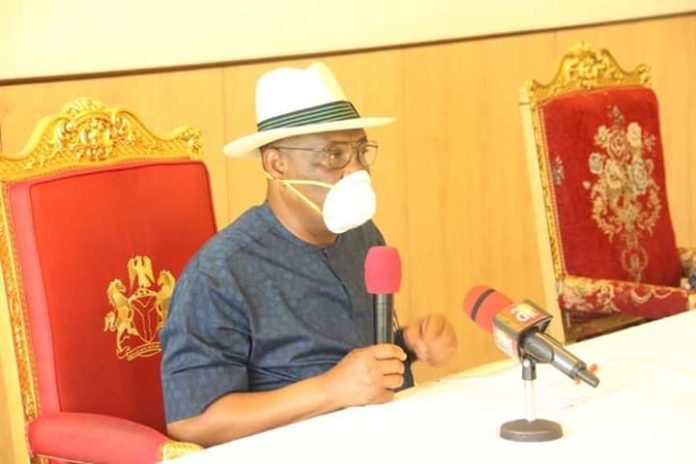 On Wednesday the Government of Rivers State says it has set up Food Desks in all the 23 Local Government Areas to mop food stuff from farmers and fishermen in the State on a daily basis.

The Secretary to the State Government and Chairman, Committee to Purchase Food Stuff stated this today in Port Harcourt during a media briefing to intimate the public on the modalities of the food purchase.

The SSG noted that in addition to the food desks in the LGAs, the Office of the Secretary to the State Government and the Office of the Commissioner, Ministry of Agriculture are contact points to reach the committee.

He advised farmers to sell at reasonable price as Governor Nyesom Wike being a man of foresight initiated the scheme to alleviate the suffering of farmers who would be stranded in selling their food and the populace who may go hungry if the situation of COVID-19 deteriorates in the State.

“This is a win win situation for both farmers and the public. The Governor has quickly noted that farmers would be frustrated in selling their produce because the markets are closed and to help the populace who are indoors and unable to go to market because of the COVID-19 Pandemic, he said.

“Governor Wike wishes to ensure no food items are wasted and no food shortage is experienced in the State because of the close down,” he emphasized.

The Commissioner of Agriculture, Hon Fred Kpakol urged farmers to not sell their seeds in order to make quick gain but bear in mind that there is a future after COVID-19.

He urged the media to keep up the sensitization and partnership of the State Government in education the General public including farmers.

The Commissioner of Information and Communication, Pastor Paulinus Nsirim, while thanking the participants , acclaimed that Governor Wike has shown leadership with insight by kickstarting this scheme to ensure no Rivers man or woman goes hungry or is frustrated because of COVID-19.

The meeting was also attended by the Local Government Chairmen and Members of the Committee.

EndSARS: If anything happens to me, hold govt responsible – Lagos...