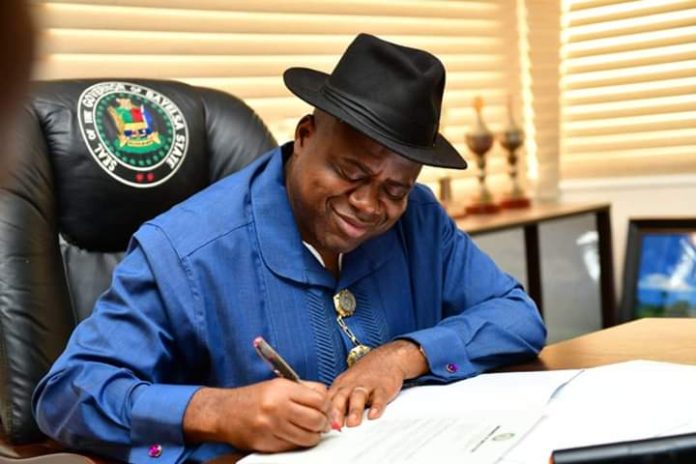 In line with the stream lining and right sizing of ministries in the state, Governor Douye Diri has restructured the thirty two ministries into twenty one to as well address the duplication and cumbersome reports emanating from such ministries.

This is borne out of the series of engagements between the state governor and the state Head of Service Dr Mrs. Biobelemoye Charles-Oyama and Permanent Secretaries in the state.

Speaking during an enlarge meeting and interactive session with Permanent Secretaries at the Executive Chambers Government House in Yenagoa, Governor Douye Diri said the downsizing is done in good faith to check the cost of governance in reality to the effect of biting economy globally.

Senator Diri clarified the air that in the course of the merger no Permanent Secretary would be sacked but repositioned to improve the effectiveness in the discharge of their duties.

The Ministries as restructured by the governor are: Ministries of Agriculture and Natural Resources, Budget and Economic Planning, Communication Science and Technology, Culture Tourism and Ijaw National Affairs.

Senator Diri used the opportunity to congratulate the state for being COVID 19 negative so far but emphasized the fact that with the cases in two neighboring states, all hands must be on deck to avert any eventuality in Bayelsa State.

Atiku urges APC to concede defeat like Jonathan if it loses