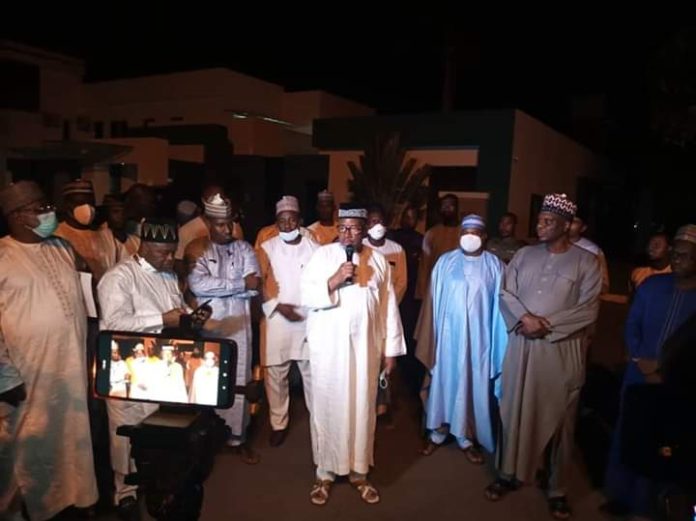 Bauchi State Governor, Sen Bala Mohammed Abdulkadir, who has been in quarantine for testing positive to COVID-19 infection has now fully recovered as his last sample has tested negative.

With this development, it is expected that any moment from now, Bala Mohammed will be discharged from isolation and resume his official duties as the Governor of Bauchi State.

A statement from the Government House signed by the Special Assistant, New Media to the Governor, Lawal Muazu Bauchi contained that, “His Excellency, the Governor of Bauchi State, Sen. Bala A. Mohammed has fully recovered from the #COVID-19 virus.”

The statement further contained that, “The Governor, while receiving the result of his second test which turned out negative, thanked the Nigeria Centre for Disease Control (NCDC), the local Bauchi COVID-19 Rapid Response TaskForce, the Imams, Ulamas, Pastors and all religious leaders within and outside the state for their selfless devotion all through his time in isolation.”

It added that “The governor also thanked his Cabinet members as well as residents and indigenes of the state for remaining steadfast and relentless all through the period of his ailment and subsequent treatment which lasted for about three weeks.

“The governor while speaking used the opportunity of his return to full and active service to urge residents and visitors to the state to maintain strict adherence to all protocols laid down by the government towards tackling the COVID19 menace within the state and in Nigeria as a whole,” the statement concluded.