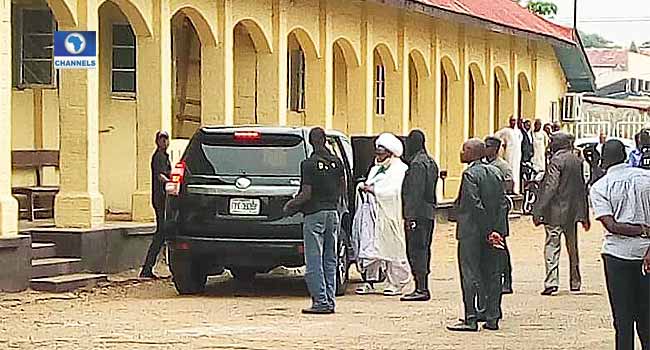 On Friday the Islamic Movement in Nigeria, IMN, has called on the Federal and Kaduna State governments to release its leader, Sheikh Ibraheem El-Zakzaky.

The Islamic Movement in Nigeria explained that El-Zakzaky should be released due to the outbreak of the Coronavirus pandemic.

IMN made the call in a statement signed and sent to newsmen by the president of its Media Forum, Ibrahim Musa.

Stating further reasons for the release of El-Zakzaky, Islamic Movement in Nigeria said: “Sheikh Zakzaky deserves immediate freedom for very many reasons particularly at this difficult period that the nation is facing the scourge of Coronavirus.

“Chiefly among these, he remained in detention despite a 2016 federal high court ruling that declared his arrest and detention as unlawful, unconstitutional and a breach of his fundamental rights.”

The group said even the court case for which the Sheikh is being prosecuted should not be a barrier to releasing him.

They insisted that two different Kaduna High Courts have since discharged and acquitted almost 200 members of the Islamic Movement, who stood trial for the same charges he is allegedly facing.

The group also reiterated its earlier stance that El-Zakzaky was in dire need of medical attention.

“Furthermore, it is a well-known fact that the Sheikh is in dire need of expert medical attention as a result of the injuries he sustained when the military attacked his residence in December 2015. He additionally suffered multiple strokes while in detention and was found to have dangerously very high levels of toxic heavy metals circulating in his system. This much has even been acknowledged by the High Court when they attempted to grant him a medical leave, which was foiled by the authorities.

“Lastly, the outbreak of coronavirus pandemic and its devastating consequences on the sick and those living in appalling conditions is a cause of grave concern. With the outbreak of the COVID-19 pandemic ravaging the world, it is the responsibility of the government to seek ways of protecting the vulnerable such as the Sheikh, by granting him his immediate freedom. There is no better time to release the ailing Sheikh than now, given the emergency situation prevailing in the country and his dire health situation.

“We therefore unequivocally call on the federal and Kaduna State governments to do the needful by releasing him immediately,” the statement added.