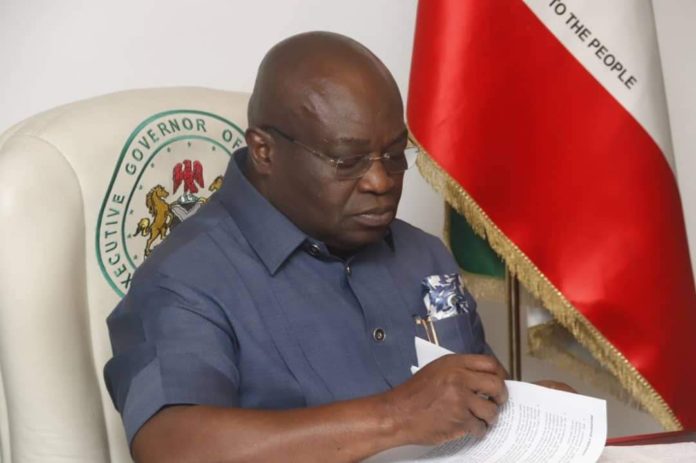 The Governor of Abia State State, Okezie Ikpeazu, PhD has restated the position of the State Government on the sanctity of the lives of citizens of the State.

The Governor who expressed deep sadness over the unfortunate killing of a Petrol Attendant, Late Mr. Chiuisi Okameme by a Police Officer attached to the Ohuru Isimiri Police Station few days ago, made it clear that the Abia State Government will work with the Police Authorities in the State to ensure that justice is served in this case.

Recalling a similar case where an Army Officer shot and killed a motorcycle operator last year, the Governor stated that the same zeal applied by the State Government in pursuing justice then which led to the dismissal of the Army Officer and his current prosecution for murder will be applied to this particular case. The Governor directed his Adviser on Homeland Security to work closely with the State Police Command to ensure that all known protocols for dealing cases like this within the Police are followed to the letter.

The Governor expressed satisfaction that the killer Policeman has been arrested by the Police Authorities in the State and demanded a thorough investigation and the application of all known legal procedures in the handling of the matter, including the prosecution of the officer.

The Governor appealed to personnel of different security outfits in the State to exercise utmost discretion in the handling of firearms when dealing with members of the public. Reminding security officers that their primary responsibility is to protect the people, the Governor made it clear that his administration shall be very relentless in the pursuit of justice whenever any Abian is injured or killed unjustifiably by the recklessness of any security personnel.

Governor Ikpeazu sends his deep condolences to the family of the deceased and the organization he worked for, Greenmac Nigeria Limited

Why We Can’t Ignore Any Sector – Wike