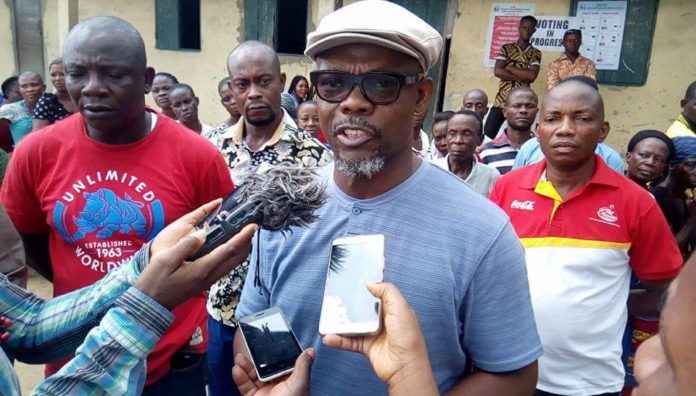 The senator representing Rivers South-East Senatorial District, Barinada Mpigi, has condemned the defence by the Minister of Aviation, Hadi Sirika, on Carveton Helicopter’s disregard for the Rivers State government’s regulations on the fight against the spread of COVID-19.

Senator Mpigi, in a statement made available to journalists in Port Harcourt, said Governor Nyesom Wike was right to stop moves aimed at endangering the lives of Rivers people.

Mpigi said: “Any attempt by the Federal Government to sacrifice the lives and wellbeing of Rivers people on the altar of economic considerations is unacceptable, unfortunate and a detestable show of dangerous politics.

“Why then did the minister not consider it necessary to put Rivers State Government into confidence as to their intentions in the interest of the public or is the minister affirming the fear of Rivers people that the Federal Government values revenues from the State over and above their lives?

“It is also pertinent to remind the minister that the same way the Federal Government reserves the right to approve flights for revenue purposes, His Excellency, Governor Nyesom Wike, also reserves the constitutional right to protect the lives of Rivers people,” Mpigi maintained.

Continuing he said: “We in the Rivers South-East senatorial district and, indeed, all Rivers people, are strongly in support of the proactive and decisive efforts of His Excellency, Governor Nyesom Wike, in the fight against COVID-19, including his ban on the activities of Carveton Helicopters in the state.”

The senator assured Governor Wike that Rivers people are prepared to go with him in the fight to save Rivers from any conspiracy aimed at undermining the health, peace and wellbeing of the state.

He stressed that no amount of intimidation and blackmail will deter them.