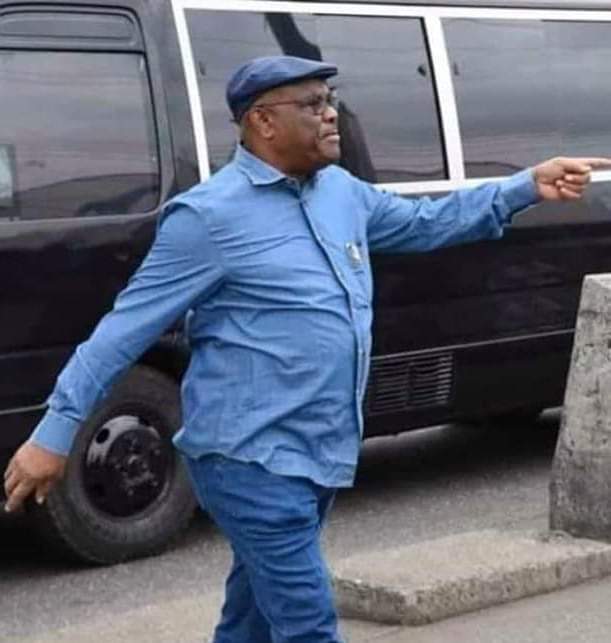 Former National Publicity Secretary of the defunct New People’s Democratic Party and chieftain of the All Progressives Congress, Chief Eze Chukwuemeka Eze, has described the purported palliative measures put in place by the Rivers State government to cushion the effect of the COVID -19 lockdown as a serious embarrassment to the sensibilities of the good people of Rivers State.

In a statement made available to media houses in Port Harcourt, Eze maintained that Rivers people deserve more than 3 cups of rice, few cups of garri and a sachet of noodle as palliative for each family after budgeting a whopping sum of Two Billion Naira (N2B) in this regard.

According to the party Chief, “the State Government food palliative intervention through its Committee headed by His Excellency, Ambassador Desmond Akawo the newly elected PDP State Chairman though targeted mainly to PDP members, are 3 cups of rice; 5 cups of garri; one satchet of noodles(indomie) for a family”.

“I would suggest that rather than humiliate and embarrass PDP members and citizens in such brazen manner and turn them to mere beggars, it would have been best the government and its agents kept their money and allowed markets to open for free commerce. Families can fend for themselves above such humiliating and ridiculous degree to which the state has subjected them”. Eze stressed.

Chief Eze blasts the State Government for excluding the APC faithful from the palliative intervention and further stated that the action of the State government has further exposed the ineptitude and recklessness of the PDP administration in attending and addressing issues of critical importance like public welfare etc.

On the closure of operation of Caverton Helicopters in Rivers State, Chief Eze Chukwuemeka Eze frowned at the declaration of Gov. Wike, stressing that such is ultra vires the powers of any state government as aviation and incidental matters are exclusive preserve of the Federal Government at the exclusion of any state including Rivers State.

In a State Broadcast on Wednesday, Gov. Wike also directed Local Government Council Chairmen to close the Offices of Caverton Helicopters across the state.

The governor went further to say that by its actions Caverton Helicopters have clearly shown that Rivers lives do not matter to it. It is an enemy of Rivers people and is hereby declared persona non grata in Rivers State.

Frowning at the development Chief Eze said the governor would have opted for a more pragmatic approach to handling the issue rather than making inciting pronouncements to heat up the polity.

He said subjecting the pilots and air passengers to screening to determine their COVID-19 status would have been enough measure rather than charging them to court for carrying out lawful orders of the Federal Government to save the nation’s economy.

He counselled the governor to be a bit more civil by considering granting the detainees freedom to avoid throwing the economy of the state into further distress.

Recall that the Airline Operators of Nigeria (AON) had threatened to shut down all air operations to and fro Port Harcourt if the state government fails to release the detained pilots and in solidarity, the United Labour Congress has issued similar warning to shut down operations of service providers under its overage should government continue to keep Caverton Helicopters’ Pilots under custody.

Chief Eze appealed to Gov. Wike to reconsider his ill decisions and actions and immediately release the pilots to save the state and her people from perpetual lockdown, stressing that the people and the state economy will suffer more should AON and ULC put their threats into effect.

Eze noted with sadness over the swiftness of the arrest and speedy throwing into detention of the two Caverton Pilots by the Judiciary based on the Governor’s influence, Nigerians can now see the biased nature of the Rivers judiciary of doing whatever the Governor wants them to do. This was one of the many reasons why APC couldn’t produce even a councilor in Rivers State during the last general elections. The Presidency and indeed Nigerians should now see what APC in Rivers State is suffering in the hands of Governor Wike in collaborating with well known internal enemies of APC to keep the APC in Rivers State in perpetual comatose state.

Eze quoted another chieftain of the APC, Chibuike Ikenga, as saying that under Gov. Wike, every policy, decision, order, proclamation etc are not well thought out for the good of the masses or for the overall wellbeing of the state/citizens but well crafted or rehearsed for egocentric enhancements.

Chief Ikenga further stated that from the outset, “his programs are geared towards self aggrandizement and political profiteering. The personalization of governance in the state points to the same direction of a totalitarian and despotic regime under democracy.

Eze commended the Churches in Rivers State for rejecting the temporary relaxation of the lockdown order for religious activities by Governor Wike which forced the Governor to cancel his earlier ill advised idea in this regard that would have endangered the lives of Rivers State people.

Eze pleads with the Governor to drop the Emperor toga and relate as friends with members of his State Executive so that they can build up the confidence to advise him wisely on how to handle some critical and sensitive issues pertaining to governance and should also consult widely each time critical decisions, especially those touching on law and citizens’ welfare are to be taken to save him from policy somersaults associated with his administration.

Okorocha: ‘No Imo Governor Will Think Of Building Any Hospital In...