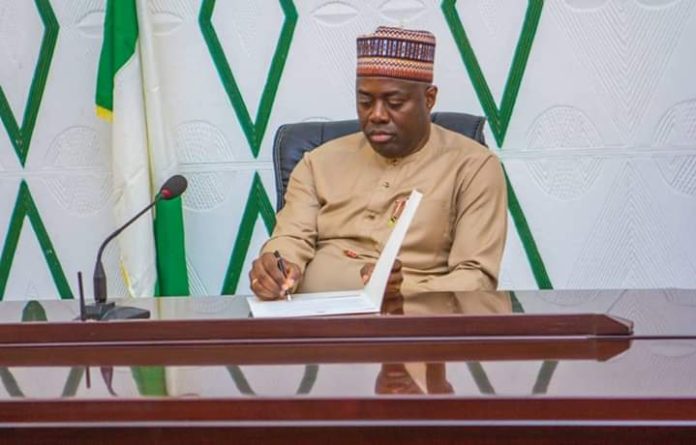 The signing of the bill into law took place at the Government House, Agodi, Ibadan.

In his address shortly after signing the bill into law, the Governor made it known
that Agribusiness is one of the cardinal programmes of the current administration, and
signing of the Agency bill into law will give it a legal backing to run as OYSADA.

He noted that the agency will be based in Saki and the signing of its bill will enhance the commencement of full operation to kick start the Farm Estates projects in Eruwa, Ibarapa axis and Akufo, Ibadan as soon as possible.

The Governor gave insights into the advantages the Agency has to offer the state, which entails developing strategies, coordinating and implementing Agribusiness Investments/projects in the state through public, private and development partnerships which will enhance the optimisation of agro-food value chain business within Oyo state through an agricultural ecosystem that strengthens productivity, value chain growth and the processing/packaging of agro-based production.

The Executive Adviser to the Governor on Agribusiness, Dr. Debo Akande who also spoke on the signing of the bill said that Agriculture as we have known has been in practise in Oyo State for a very long time, but practiced differently. In recent times, there have been modern approaches that need to be adopted in agricultural practices.

He noted that the state aims to move from micro to small and medium enterprises in agriculture by adopting modern technology and approaches to agricultural business in the state.

He further stated that there is a need to engage in the business and management dimension which different actors will have to be engaged.

He added that the governor’s decision to sign the bill into law was reinforce his commitment to Agribusiness.