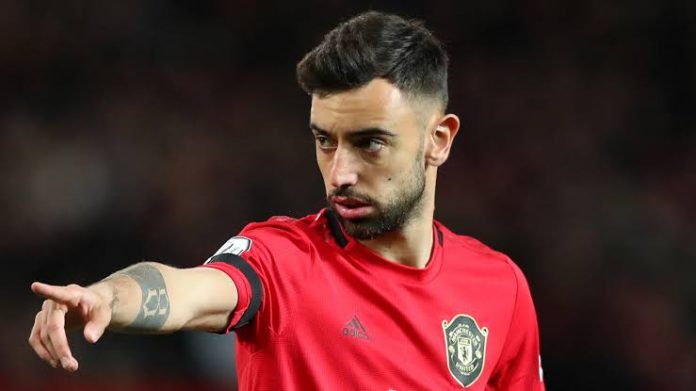 The Portuguese playmaker has called on the club to ensure its future signings have the same mindset as him.

Manchester United star Bruno Fernandes has demanded the club’s future signings have the same winning mentality that he has.

The 25-year-old has made a stunning impact since moving to Old Trafford from Sporting in January – helping the Red Devils to an 11-match unbeaten streak and winning the Premier League’s player of the month award for February.

With Manchester United’s future under Ole Gunnar Solskjaer looking bright, Fernandes has urged the club’s hierarchy to ensure any squad additions have a single-minded focus to win championships.

“We already have a big team, but whoever comes needs to come to win,” Fernandes said in a Q&A on Man Utd’s official website. “Just to focus to win, I want people hungry for titles and everything.

“I feel this now in the group, everyone wants to win.”

Fernandes has slotted into the No.10 role at the Theatre of Dreams – scoring three goals and adding four assists in nine matches across all competitions.

The Portugal international explained his desire to collect trophies in his career and was adamant the Red Devils had a talented mix of players with plenty of quality.

“We know the potential Manchester have, because we are a young team, young players, but we’ve got a lot of quality.

“It doesn’t matter if we’re young and the others have more experience than us, because we have also experienced players who can help the youngest.

“The mix we have now and in the future, I don’t know what will happen in the next season, of course Manchester is a big club and normally they buy someone because you are a big club and everyone wants to come here.”

With the Reds’ other midfield star Paul Pogba suffering from a chronic ankle injury, Fernandes is yet to play alongside the French World Cup winner.

He revealed he was excited to link up with Pogba once the football season resumes from its coronavirus-forced hiatus.

“I think we have a lot of good players in the midfield,” Fernandes said. “Obviously Paul is injured from a long time [ago], and all we know is he has a lot of qualities.

“It’s normal when you are in that situation you don’t play like a superstar, because everyone expects from Paul like they expect from [Cristiano] Ronaldo at Juventus or [Lionel] Messi at Barcelona.

Ramos: We’ll give everything to win La Liga