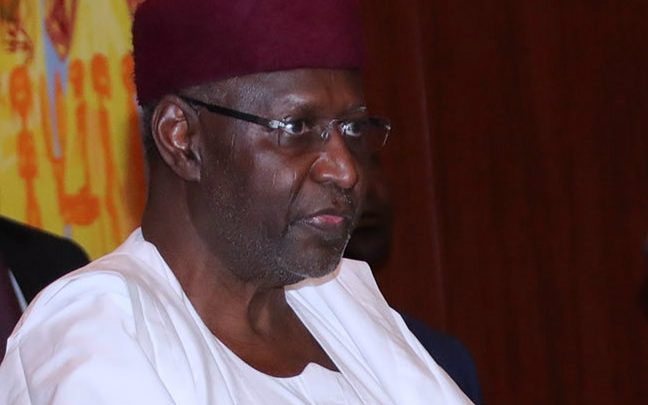 The Presidency on Sunday directed all State House correspondents and the Media Office staff who attended and covered the funeral prayer and burial of the late Chief of Staff, at Defence House and Gudu Cemetery Abuja, respectively, to stay off the Presidential Villa.

Kyari died of coronavirus on Friday at the First Cardiology Consultants in Lagos. His corpse was flown to Abuja where he was interred at a short ceremony attended by tens of people.

Eyewitnesses accounts, video clips and pictures from the burial site showed that many who were in attendance were not properly kitted to attend such a ceremony.

One of the officials that carried out the burial was also seen in a viral video disposing of his personal protective equipment (PPE) near the scene of the burial without taking proper precautions.

The presidential order on social distance was also clearly violated.

A statement signed by Attah Esa, a Deputy Director of Information, on Sunday directed the newsmen to work from home for the next 14 days.

The Presidency further enjoined the newsmen to be careful and observe the recommended measures to prevent the coronavirus transmission, including maintaining physical distancing and good personal hygiene going forward.

The Presidency had in the wake of the outbreak of the coronavirus in Abuja, scaled down the number of media organizations permitted to cover its activities following the devastating effect of the pandemic.

A statement had announced that the Presidency will allow only NTA crew, Channels TV crew, TVC crew, FRCN reporter, VON reporter, NAN reporter, The Sun Reporter, and Photographers from the stables of Thisday, Leadership, Daily Trust, The Guardian, Vanguard and Deutsche Welle (a foreign medium) into the precinct of the Villa.

“These correspondents are to enter the Villa for media coverage of any event beginning from Wednesday, March 25, 2020, until further notice as the COVID-19 incidence will dictate.”

The decision, according to officials, is to reduce the number of persons who daily visit the Presidential Villa, Abuja to carry out sundry activities.

The enforcement, according to the officials, was in compliance with the Federal Government’s stay-at-home order to avoid mass congregation of any kind as well as non-essential outings, until further advice is given.