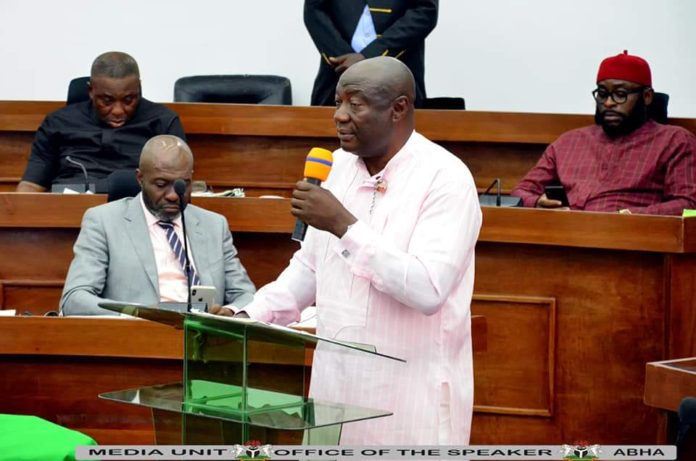 — Says he served the State Meritoriously

Members of the 7th Abia State House of Assembly during Plenary on Wednesday, 27th May, 2020, commisserated with Governor Okezie Victor Ikpeazu, the Ogunji family and the people of Abia State over the unfortunate demise of the Commissioner for Environment, Dr Solomon Ogunji.

The House described the late Commissioner as a man known for standing by the truth at all times.

The Lawmaker in his Personal Explanation had informed the House of the passing on of Dr Solomon Ogunji.

Others who spoke thereafter described him as a man who served the State meritoriously.

The Speaker in his remarks said the House would make out a day to visit his family.

“For those who knew him very well, he was a man that was never afraid to air his opinion at all times.

“We have watched him and his undeniable efforts in the election that produced his brother and friend, Dr Okezie Ikpeazu, as the Governor of Abia State.

“I will like us to do me that favor to join me on next time we sit to visit his home”, he stated.

As a mark of honour to the departed Commissioner, the House observed a minute silence for him.

It will be recalled that Late Dr Solomon Ogunji was among the Commissioners screened and confirmed by the Abia State House of Assembly in 2019.