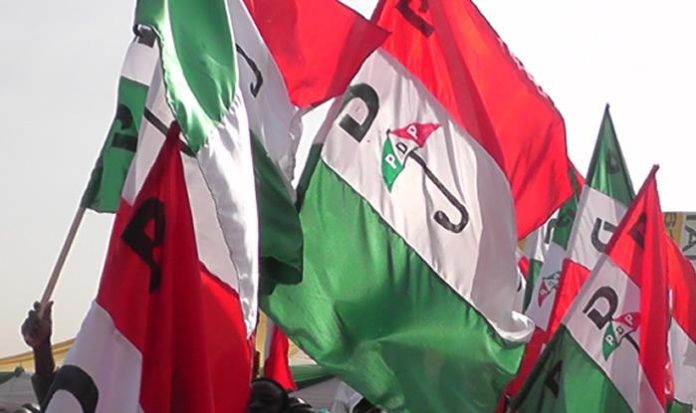 Spread the post
Charles Ezekwem, Former chairman of the Peoples Democratic Party, Imo state chapter, has opened up on why he left the party for APC in the state.

Charles Ezekwem said part of the reasons he left the party was the injustice meted out to some members of the party during the sharing of appointments by Emeka Ihedioha, the immediate past Governor.

On Thursday Charles Ezekwem disclosed this during his official defection to the ruling All Progressives Congress alongside some members of the state PDP executives at the party Secretariat in Owerri.

According to Charles Ezekwem, the former Governor did not follow due process in setting up his cabinet.

“Ihedioha disappointed most of us who worked tirelessly for him and appointed strangers in the name of technocrats.”

“About 70% of his appointed was out of my knowledge as the then state chairman of the party. This, to me, is total neglect to members of the party.”

“A lot of things went wrong under Ihedioha’s administration and as a progressive, I left even before the Supreme Court review.”

“As you can see, we are here in our numbers to drum support for the new government because Imo belongs to us all.”

“Henceforth, we are no longer members of the PDP. We have not come to displace anybody in APC but to contribute our quota towards the growth and development of the state.”

The Imo state APC chairman, Mercillus Nlemigbo welcomed them and urged them to work towards recovering the state.

Attack on National Assembly, a coup against democracy – Fayose

‘Why underage persons were registered’