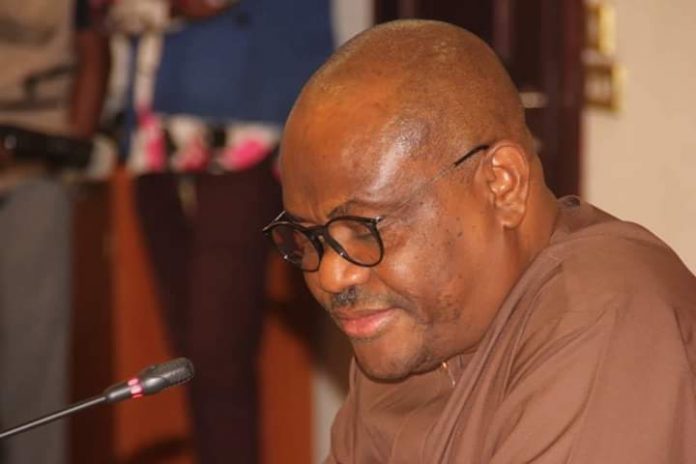 As the Wike administration in Rivers State gears up to mark successful first year of its second tenure on the 29th of May 2020, some elder statesmen have expressed delight over the unfettered leadership Governor Nyesom Ezenwo Wike has continued to offer the state amidst Covid-19 pandemic.

The elder statemen recounted how the broken walls of development and brotherliness were mended in his first tenure with sectorial performances and services provided by strategic institutions of government have remained efficient under his leadership into his second tenure without any lapse.

Chairman of Greater Port Harcourt Development Authority, Chief Ferdinand Alabaraba said everybody within the state can attest to the fact that construction of critical road projects and the three flyovers bridges have continued despite the covid-19 pandemic.

He said, such commitment to delivery of projects to Rivers people combined with the tackling of the Covid-19 pandemic is matched because governor Wike provided palliatives to people in all local government areas to cushion the hardship they experience.

“He has taken all necessary steps to ensure that the disease does not spread and also to ensure that the people are protected. People have criticised him but we know that he is doing the correct thing we all support him. He has not only done that, he’s also not left out his people, giving palliatives to all LGAs of the state. It is a matter of joy that the governor has at all times, worked for the interest of the people and has the support of the people in all he does.”

Speaking on project execution in AkukuToru, chief Alabaraba said the ongoing construction of the ring road in Abonnema town is almost ready and likely to be commissioned in the next few weeks and it will enhance the economy activities of the people.

The elder statesman commended the governor for the cash compensation given to Abonnema Town people that suffered from the Military invasion during the 2019 presidential election, saying it is a demonstration of love and care of a leader to his people.

Senior advocate of Nigeria, Chief Onueze Okocha who sued for patience, understanding and cooperation from all Rivers people who desire good governance that governor Wike has continued to provide, urged them to remember the inglorious past when the state was on its knees from where the governor took it up to chart a new course.

He said the courts are working now, like all arms of government, with construction of projects unabated.

According to him, he had boldly confronted covid-19 pandemic to mitigate alarming health crisis in the state.

“Unfortunately, but happily only four LGAs of Rivers State have reported incidence of persons having covid-19. The measures, he has put in place, I believe to a large extent, helped us to contain the spread of the virus. There has been lockdown which some people found very unpalatable. Of course, when you have a serious ailment you must find a serious medicine to deal with it, which is why I keep speaking to the people of Rivers state to exercise patience with the governor to show understanding especially because we are seeing the result. ”

The senior advocate berated the security agencies for sabotaging movement restriction but noted that beyond such betrayal, Rivers people can celebrate another successful year of the Wike administration.

“I believe that we are here to celebrate even in this very troubling times and doff our hats for the man who we elected to govern Rivers State. His first year in the second tenure has been successful and I hope and pray that the succeeding years that he has in office from now up till the 29th Of may 2023 will also be happy years for which we will celebrate and thank God that at this point in time a man called Nyesom Ezenwo Wike was our governor.”

On his part, Chief Emmanuel Anyanwu recalled how Governor Wike reconnected Etche local government area by road to Port Harcourt with the construction of Chokocho – Rumuokwurushi Road
And Chokocho-Ozuzu Road that were impassable.

According to him, the Odofor-Akporka-Umuoye Road that is under construction is expected to be completed before the end of the second tenure of the governor.

He noted that Etche people like every other local government area in the state are indebted to governor Wike for the inclusiveness they have enjoyed in his administration, declaring that governor Wike has been bold speaking in defence of the state and its people regularly. .

“We believe in him and are happy with his success in office. The entire elders and the state are behind him, Let people say if he had not managed infrastructural development very well, including humans beings. Governor Wike is in touch with his people as a grass root leader. Without him, there would not be PDP in Nigeria. He has supported people in leadership to succeed in all areas he had served.”

Garba Shehu Replies Sen. Ndume, Says He Should Figure Out His...