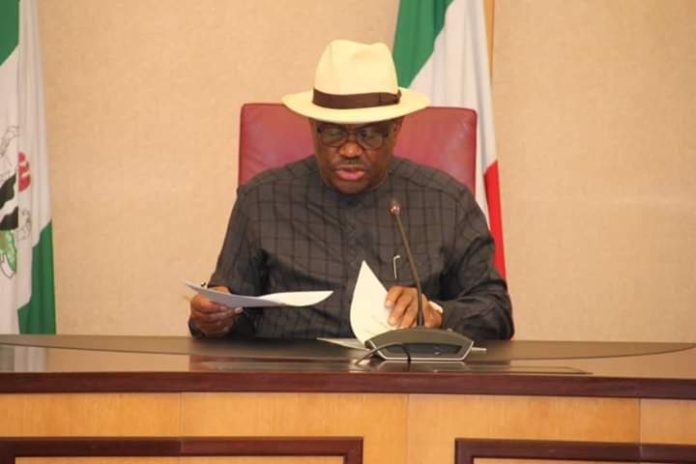 The Rivers State Executive Council has approved the review of the 2020 Budget in line with the present economic realities occasioned by the coronavirus pandemic.

The State Commissioner for Finance and Supervisory Commissioner for Budget and Economic Planning, Mr. Isaac Kamalu announced this today while briefing journalists after the State Executive Council Meeting presided over by the Rivers State Governor, Nyesom Ezenwo Wike at Government House, Port Harcourt.

Mr. Kamalu stated that the State Executive Council also gave approval for the review of the 2020 Medium Term Expenditure Framework, accommodating a downsizing of the budget, pointing out that the decision was taken in consideration of all necessary parameters geared towards offering the state purposeful service and effective leadership.

He said the Scheme which would start from Monday, June 1,2020 is part of measures introduced by government to ameliorate the sufferings faced by those living and doing business in the state.

The Commissioner also stated that wearing of facemasks would be a compulsory requirement for any commuter who would want to enjoy the free service.

Earlier, the State Commissioner for Information and Communications, Mr. Paulinus Nsirim announced the setting up of an Executive Council Committee to work out modalities that would outline conditions that would be met by those who intend to bury their loved ones during this period.

According to him, the Committee is headed by the Secretary to the State Government, Dr. Tammy Danagogo while the Attorney General and Commissioner for Justice, Prof. Zaccheus Adangor, Commissioner for Special Duties, Dr. Thomas Bariere, Commissioner for Youths, Mr.Prince Ohia and the Special Adviser to the Governor on Special Projects, Mr Dax Kelly are to serve as members.

A Letter From President Buhari At New Year