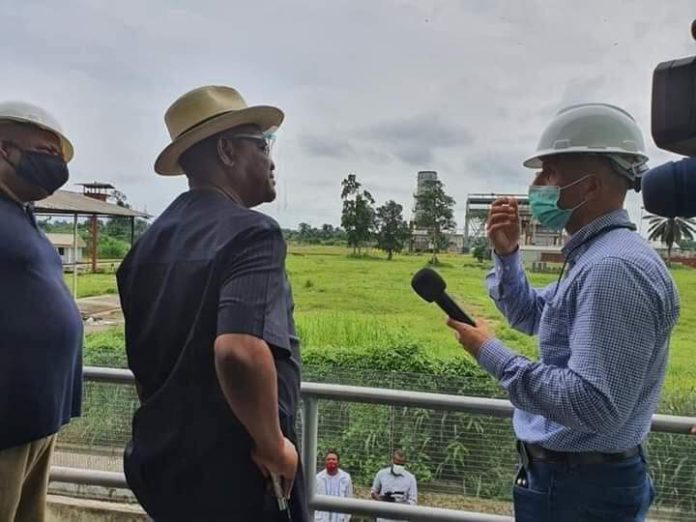 Governor Nyesom Wike who stated this Thursday after inspecting the plant, pointed out that the company when fully operational would employ 4,500 persons and also boost agriculture in the state.

He stated that the State Government has 70 percent equity share in the project which is in partnership with Shell Petroleum Development Company(SPDC) of Nigeria.

“We are quite happy that this project which was initiated by the previous administration in 2012 and abandoned has come to the stage of completion.

“When we came on board and saw the usefulness of this project to our economy, we did not hesitate to release funds to complete it.

“As you can see this project which is about 90 percent complete would have been commissioned this month if not for the COVID-19 pandemic which has negatively impacted global economy.

“Let me commend the management of this plant for fast-tracking the completion and the novel initiative that will use mobile machines to collect cassava from the farmers at their various clusters.

“This, will no doubt, reduce the challenge of logistics and increase farmer participation, ” the governor stated.

Earlier, the Managing Director of the Rivers State Cassava Processing Company, Ruben Giesen noted that the cassava processing plant when completed would increase income for small holder farmers by providing an enabling environment for them to sell their cassava tubers.

Mr. Giesen commended the State Governor for embarking on the project, which he described as the first of its kind in sub-saharan Africa.