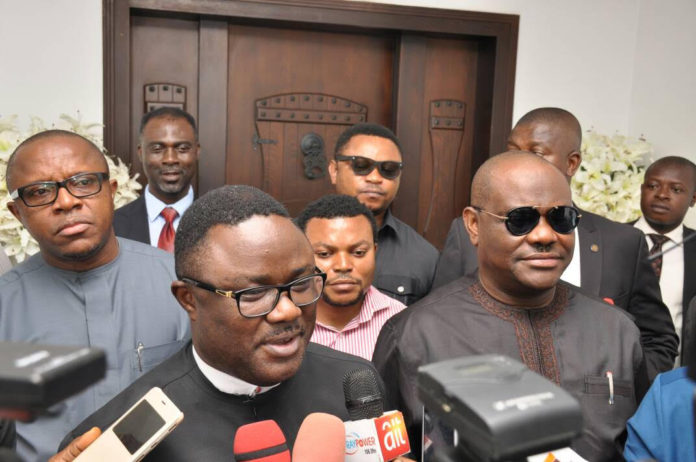 On Friday The Cross River State Government has criticised the attitude of the Nigeria Centre for Disease Control (NCDC) and the Federal Government (FG) over the handling of COVID-19.

Addressing a press conference in Calabar  Dr. Betta Edu, the Commissioner for Health who is also the Chairman of the COVID-19 Response Team lamented that the two federal government agencies are concentrating on announcing numbers of cases rather than looking for prevention.

“We have a lot of conspiracy theories, why Cross River State should be COVID-19 free, that we are hiding cases, that we are killing our people in their houses, a whole lot is happening.

“The agencies rather than testing people who came down with samples, they did massive screening using the PCR method, it is sad to know that our country would refuse to support a State that is preventing the virus.

“Everyone is insinuating, everyone is pressurising and everyone is insisting that Cross River State has a case of Coronavirus but trying to hide it. The money we spent every day to do live broadcasts in many stations, at least N12m for hours each day, times the number of stations; times three months ran into Billions of naira.

“If such money is giving to help States, the States will respond better, the federal government has glorified COVID-19 such that every day people are waiting to hear numbers, 350 new cases, 500 new cases, total numbers of cases is 10, 000.”

“You must test people in their millions every day, that is the only time you will be politically correct in the eyes of the federal government, NCDC, NMA, Lab Scientists and others projecting the conspiracy theory.

“The prevention doesn’t matter. Prevention is not important for Nigeria and that is why you will not get any support to continue to prevent cases or protect your people. Maybe we should change our strategy, open our borders, dole out cases in thousands.

Dr. Betta Edu explained that the State Government had been able to set up isolation centres working with partners, the UCTH.

“We have at least a 130-bed space with beds inside them. When the NCDC and Federal Ministry of Health and the National Primary Health Care Development Agency came they went in there and saw everything.

“We have a laboratory which has two machines that are solar-driven which can hold over 100 samples at every point in time. We called on the NCDC, Federal Government to get that running, to configure the software to get it running but we have not seen any of that.

‘We did not only provide an isolation centre but we have a hotel facility which has been dedicated to housing staff, health workers who are dedicated to working at the Isolation centre. No support from anywhere, not even from NCDC or the Federal Government

“A lot has been done by the Cross River State Government but rather than getting a commendation, we continue to be pressured for not having COVID-19” the Chairman regretted.

2023: Gov Ugwuanyi’s opponents in PDP after him – Fani-Kayode