Home PUO POLITICS You Need To Read This: What Obaseki Told Oshiomhole, Ize-iyamu After Meeting... 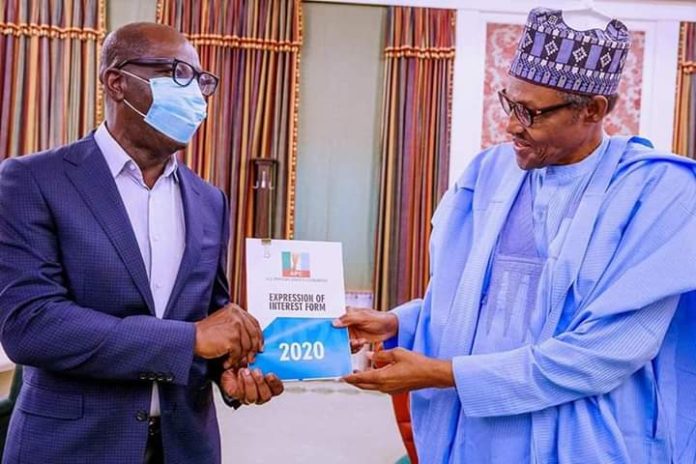 Edo State Governor, Godwin Obaseki, says he is upbeat about the forthcoming governorship primary of the All Progressives Congress (APC).

The ruling party had fixed June 22 for the exercise.

After the meeting, he spoke to State House correspondents about the election, his predecessor, Adams Oshiomhole, and his rival, Osagie Ize-Iyamu.

The governor said he visited the president to formally inform him and solicit his support.

Obaseki disclosed that Buhari was welcoming when he showed him his forms.

“He looked through it and teased me that he will not have to go through this again, he wished me good luck and assured me his support.”

Obaseki stated that the APC crisis in the state “is not from Edo but from outside. The person I am contesting against (Ize-Iyamu) is not in Edo, he is in Abuja.

On Oshiomhole, APC National Chairman, Obaseki said the former governor took his current position because he was not properly guided.

He assured that he will continue to pursue peace for the sake and interest of Edo people.

Obaseki added that he has the endorsement of APC Governors.

He said all of them had decided and agreed that “when you have an incumbent governor particularly if he is doing well, they should run around and support him. It is a common practice all over the world”.

Nigeria Survived Past Abuses By ‘An Act Of God’ – Buhari