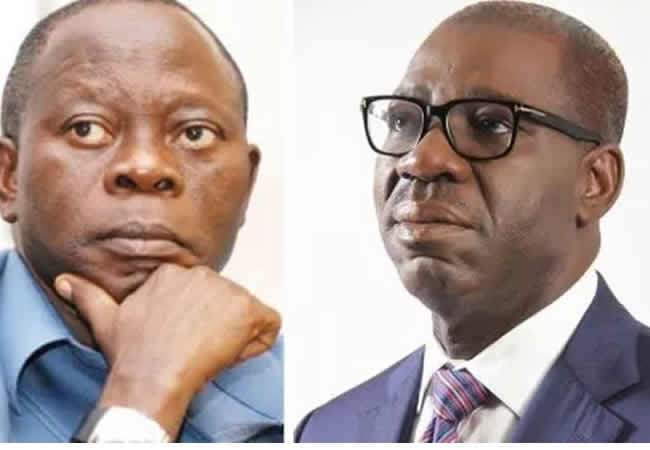 Governor Godwin Obaseki of Edo State has debunked claims in certain quarters that he is planning to dump the All Progressives Congress, APC.

Obaseki, who refuted the claim while speaking at a meeting with the ‘Obaseki Mandate Group’ in Abuja on Tuesday, maintained that he will achieve his second tenure on the platform of the APC.

He described as untrue, rumours that he has plans to defect to another party if he failed to get the APC ticket during the primaries on June 22.

He, therefore, urged the people of the State to support those with a proven track record in public service, adding that he was humbled by the kind gesture of supporters who paid for his forms.

“Several of my supporters had expressed interest in paying for my expression of interest and nomination forms on any platform I choose.

“But I had made up my mind to stick to the platform which brought me into office to serve the Edo people, which is the All Progressives Congress,” he added.

Recall that Obaseki who has been at loggerheads with the APC National Chairman,

After the meeting, he told State House correspondents that Buhari assured him of his support.

On his rift with Oshiomhole, he said the former governor took his current position because he was not properly guided.

Oshiomhole had announced that the party adopted direct primary.

Why we cannot arrest Oshiomhole by EFCC