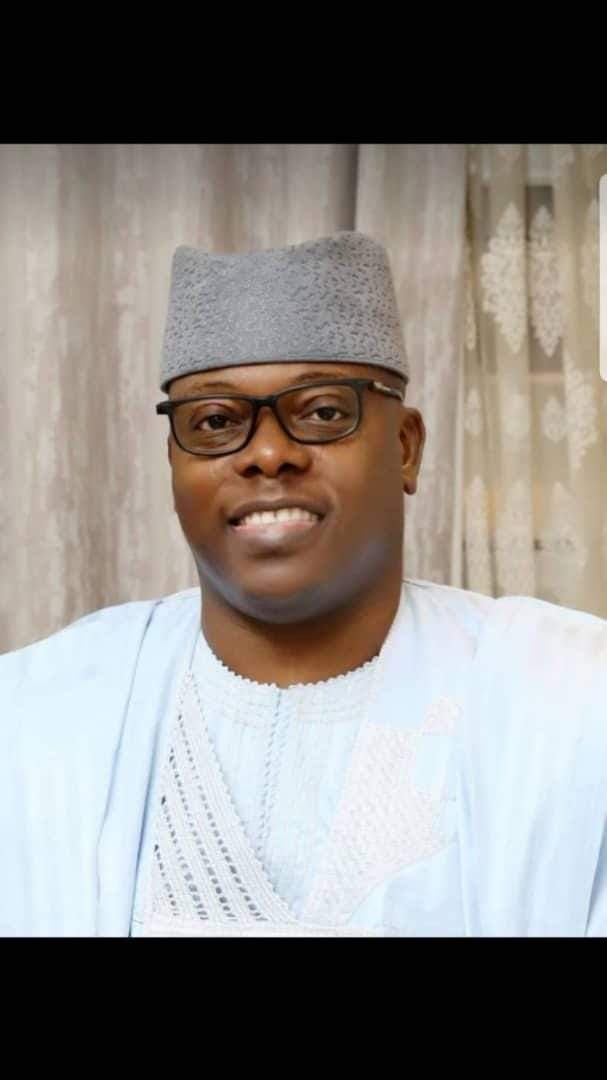 The Lagos State Executive Council, under the leadership of Governor Babajide Sanwo-Olu, having satisfied all legal requirements, has approved the nomination and appointment of Prince Gbolahan Lawal as the new Oba-Elect of Iruland (the Oniru-Elect of Iruland).

A statement by the Chief Press Secretary to the Governor, Mr. Gboyega Akosile, on Friday stated that the appointment of Prince Lawal as the Oniru-Elect, which takes immediate effect was made on Friday afternoon, during the State’s Executive Council meeting, where final ratification was made on his nomination.

Prince Gbolahan Lawal, succeeds late Oba Idowu Abiodun, former Oniru of Iruland, who passed on in year 2019 at the age of 82.

Gbolahan Wasiu Lawal born on July 24th 1970 to late Chief T. A. Lawal- Akapo, the Ojora of Lagos (1977-1993) and Olori M. A. Lawal-Akapo. Gbolahan is a Lagos Prince from the Ojora, Aromire, Shokun and Abisogun branch of Oniru Royal families of Lagos State.

He is a seasoned administrator with over 25 years postgraduate experience with an in-depth knowledge of the workings of the Public Sector. He is driven, focused, steadfast and passionate. Prince Lawal’s excellent leadership, communication, collaborative and organizational skills have over the years sharpened his ability to identify, analyse and proffer strategic transformational change.

Prince Lawal holds an Executive MSc in CITIES (LSE, Cities) from the London School of Economics and Political Science. He also obtained an MSc in Violence, Conflict and Development from the School of Oriental and African Studies [SOAS], University of London in 2008; a BSc Hons. in Botany from the University of Port-Harcourt in 1992 and a product of the famous St. Gregory’s College, Lagos.

In addition, he has completed several courses and programmes amongst which are the International Housing Finance Program (IHFP) in 2018 and Advanced Management Programme (AMP) from The Wharton School, University of Pennsylvania, USA in 2015. He is also a product of the Harvard Kennedy School of Government and the World Bank Institute, Washington D.C. In the last 8years, he has been on the board of the Lagos State Security Trust Fund.

Prince Lawal started his career as a Scientific Officer with the Raw Materials Research and Development Council at the Federal Ministry of Science and Technology in 1994. He later joined The Nigerian Police Force and was commissioned as a Cadet Assistant Superintendent. While in the force, he held several duty posts amongst which was serving as an Aide-de-camp [ADC] to the former Governor of Lagos State, Asiwaju Bola Ahmed Tinubu. He retired voluntarily from the Nigerian Police in 2008 as a Superintendent of Police.

Prince Gbolahan Lawal was a Senior Special Assistant on Special Projects to a former Governor of Lagos State, Mr. Babatunde Raji Fashola (SAN). In this capacity, he coordinated the Agriculture-Based Youth Empowerment Scheme (AgricYES). The success of the innovative Agric-Yes paved way for his appointment as the Honourable Commissioner for Agriculture and Cooperatives in Lagos State in 2011.

His impeccable public service record and his ability to address urban challenges also led to his appointment as the Honourable Commissioner for Housing by former Governor Akinwunmi Ambode of Lagos State in October 2015, a position he held until May 2019.

A lot of programmes and landmark projects were achieved under his watch as the Honourable Commissioner such as the Rent-to-own home ownership program, Master Craftsman program, Lagos Affordable Public Housing (LAPH), and The 4-IN-14 days bungalow housing development.

In 2019, Gbolahan Lawal was reappointed as the Honourable Commissioner for Agriculture in Lagos State by the current Governor of the State, Mr. Babajide Sanwo-Olu essentially based on his sterling performance and quality leadership he provided in his first stint in the office. Suffice it to say that during his first reign as the Commissioner for Agriculture and Cooperatives in Lagos State, Gbolahan was the brain behind programmes and projects such as the School Agric programme, the Agric-YES summer school for senior secondary schools and the Eko Rice Mill, Imota.

During his second spell as the Honourable Commissioner, he has brought to bear his previous experience and expertise in the field. He came up with the idea of an Agricultural Stakeholders Summit in furtherance of the efforts of the State Government to make Lagos a 21st century economy with the agricultural sector playing a vital role in sustainable food security and diversification of the economy. Essentially, the Summit developed strategies that will ensure the State attains sustainable food security, improved nutrition, generate employment and create wealth through a combination of business and development platforms in partnership with the private sector.

As an offshoot of the Summit, he also saw to the development of a five-year Agricultural Roadmap for the State (2020-2025). The roadmap focuses on the development of agricultural value chains where the State has competitive and comparative advantages including the provision and availability of improved inputs, increased productivity and production. Suffice it to say that he was similarly instrumental to the organisation of a roundtable discussion on the implementation of the Roadmap in order to ensure adequate planning to circumvent risks and uncertainties in the sector.

Prince Lawal is also the brain behind the reforms and development of the Red Meat Value Chain in Lagos State; Agricultural Value Chains Empowerment Programme, a programme targeted at farmers, service providers, transporters, input manufacturers and suppliers within the system whose services are required for the successful implementation of increase productivity in Agriculture; an appraisal of Farm Estate and Settlements in the State; Lagos Agriprenuership Programme; the very popular Lagos Seafood Festival and the EKO City Farmers’ Market.

Lawal also successfully midwifed and superintended the State Government’s food security and palliative efforts during the COVID-19 public health emergency. Suffice it to say that to curtail the spread of the disease, the Lagos State Governor, Mr. Babajide Sanwo-Olu declared a lockdown in the state and initiated various interventions in the areas of health, food and security to ameliorate the pains that the lockdown had on the citizenry. And it was Lawal’s Ministry of Agriculture that successfully coordinated and to the admiration of all, the twin efforts of the Emergency Food Response and the Temporary Food Markets.

He also has several awards in recognition of his outstanding performances in both sectors he served as Honourable Commissioner.

He is happily married with children, a sports, music and arts enthusiast.

US Ambassador To Nigeria Visits Ikpeazu

2023: I will not impose anybody on Rivers State says Wike