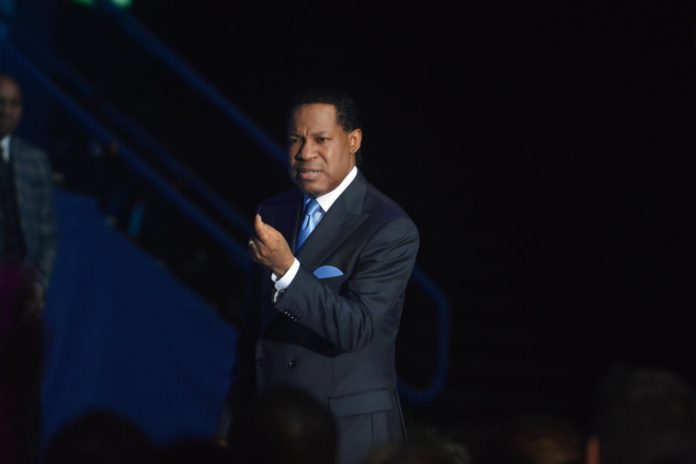 Pastor Chris Oyakhilome of the Christ Embassy church has taken a swipe at church leaders who approved the new guidelines for churches to open for worship after the Presidential Task Force on COVID-19 lifted the ban on religious gatherings on Monday, June 1.

Part of the modalities and guidelines is for churches to ensure they check the temperature of members before they enter the church, observe social distancing, have only one hour service, suspend taking of Holy communion, suspension of weekly activities amongst others.

Oyakhilome while preaching on Saturday, June 6, slammed church leaders who appended their signatures to the document on the new modalities and guidelines.

According to him, some church leaders have supported the continued lockdown on churches because of fear, greed, and jealousy.

”One of the reasons you still have lockdown of churches in several countries right now is not even the government. You will be amazed. It is church organizations that are keeping many churches locked up till now.

But their days are numbered. Believe me.

That is what has happened in many countries. The government wants to open the churches and religious leaders, particularly church leaders have advised government to keep churches locked.

They are the ones sending out modalities for reopening to churches under shameful requirement.

Church leaders are telling church members no communion, no physical touch and if anybody is going to lay hands on the sick, they have to wear a glove…Did it happen in the church of Jesus Christ? You would think such an instruction came from sinners for which we should laugh..but to know that some Christian leaders would append their signatures to such document and send to churches..it is another fiasco.

But like I said, don’t be angry at them, I am not angry at them. It just tells you where they have been. It is cruel.” he said

God has not shown me the next President – Kumuyi