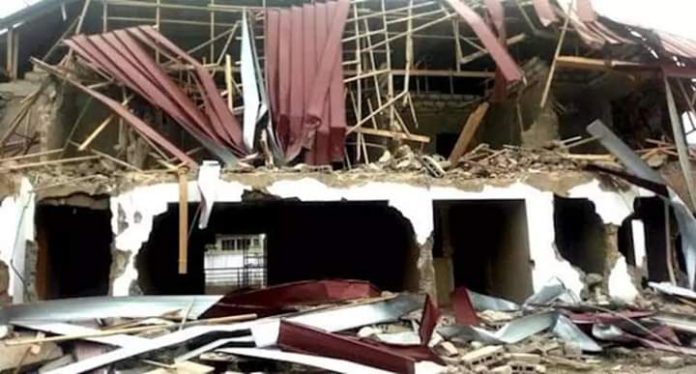 The Peoples Democratic Party (PDP) says the demolition of the Nigeria Embassy in Ghana has further shown how Buhari Presidency and the All Progressives Congress (APC) incompetence has destroyed the respect and honour other nations had for our country.

The party said that the embarrassing situation in Ghana has again highlighted the poor rating of the Buhari Presidency by other nations, exposed its lack of capacity to exude our nation pride as well as its failure to meaningfully engage other world leaders on diplomatic issues.

The PDP described as disheartening that since the incident, President Muhammadu Buhari and the APC have not demonstrated the littlest effort to preserve our nation’s integrity, beyond the tepid statements by our Minister of Foreign Affairs, Geoffrey Onyema.

Our party holds that the demolition of our nation’s embassy is a huge contempt, which the Buhari Presidency could have stopped through engagements at the highest level of diplomatic relations, but failed as a result of sheer incompetence and incapacity to articulate our national pride before other world leaders.

This situation has further explained why attacks on Nigerians and Nigerian interests in foreign lands had escalated under the Buhari administration, with Nigerians being harassed and killed in various parts of the world by assailants, who take advantage of the incompetence and weaknesses of the current government in Nigeria.

The PDP particularly recalls how the Buhari administration exhibited unpardonable weakness and failed to protect innocent Nigerians who were being killed in violent xenophobic attacks in South Africa last year.

The PDP therefore calls on President Buhari to wake up both to his domestic and international responsibilities and save our nation from further embarrassing situations across the globe.