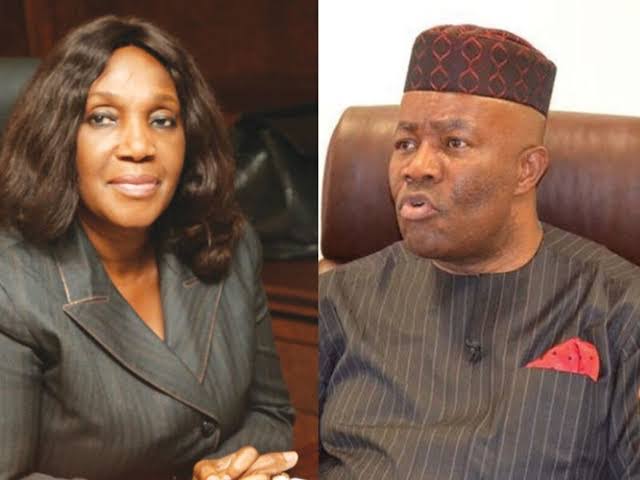 On Friday the immediate past Managing Director of the Niger Delta Development Commission (NDDC), Joy Nunieh, has revealed how she was asked to approve N10billion as Christmas bonus.

Nunieh made the revelation on Friday in her testimony before the House of Representatives committee on NDDC probe.

Nunieh, who testified via teleconference, noted that her rejection was part of why she was sacked.

She said during her tenure, no palliatives were given, the first time in NDDC history.

“I did not give out Christmas palliatives. I was under pressure to bring N10billion – N1billion per state – but I refused. NDDC worked throughout December. There was no break except on public holidays,” she said.

She further claimed Akpabio told her to write a letter to him.

Nunieh disclosed that the former Akwa Ibom governor gave her a draft; “that I should put it on my letterhead. In that letter, I was supposed to write about most of the companies…(that) Senator Nwaoboshi owned the 98 companies”.

She denied stating that Nwaboshi was the lawmaker collecting N1billion from the NDDC.

“I said ‘how can an individual be collecting N1 billion every month?’ The case of senator Nwaoboshi is the case of the 98 files which I was supposed to write about. What I met was not exactly what was going on.”

Nunieh added that Akpabio insisted that he would supervise the forensic audit.

“I reminded him and showed him the letter that the president had written, that there is no way we could spend the money that was in our budget. I want to tell the world that I never did any employment. I never gave out a single contract from NDDC”.

On contracts, Nunieh said she never got any money from contractors

“I am not corrupt. I can say before the world that I’m the most unpopular MD ever that came to NDDC. The money of the people of Niger Delta is blood money, I refused to touch it”, the former MD added.