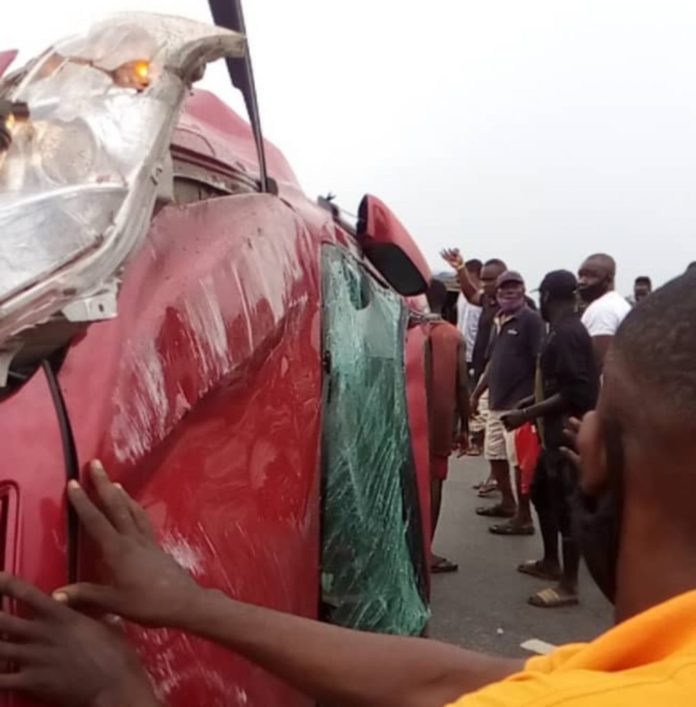 On Saturday Popular Nigerian Pastor, and founder of Zionwealth Church, Lekki, Chris Omashola, was involved in a car accident in Warri, Delta State.

It was gathered that the accident, which occurred at about 3pm took place around a flyover, opposite Delta Mall, Warri in Delta State.

Close relatives who confirmed the incident said the pastor was driving alone in a Toyota Camry, when the incident occurred.

As at the time of filing this report, the extent of the injury he sustained was not ascertain but he has been rushed to Skyphon Medical Centre, along Refinery Road, Warri for emergency medical attention.

We Must Team Up To Fight Instability In The Sub-region And...