Home PUO SPORTS BREAKING: ‘No Pity’ As Chelsea Deals With Man United To Qualify For... 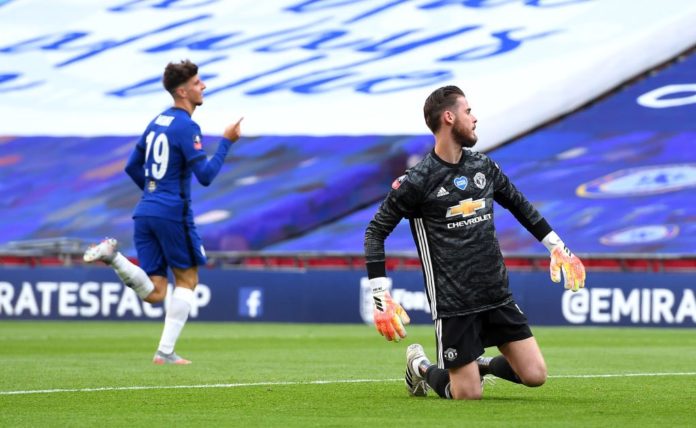 The blues has qualified for the FA cup finals, Chelsea defeated Manchester United 3-1 to qualify.

Chelsea will face Arsenal in the FA Cup final after overcoming Manchester United, with David de Gea enduring another a poor outing.

Giroud ensured Chelsea deservedly led with the help of slack goalkeeping from De Gea at the end of a half in which United lost Eric Bailly to a serious-looking heading injury.

De Gea was at fault again almost immediately after the restart when Mount doubled Chelsea’s lead with a shot a keeper of any level would hope to save.

The Spaniard was not entirely convincing when Harry Maguire put into his own net to compound a miserable day either, but – despite a late penalty from Bruno Fernandes – Frank Lampard’s side were good value for the win and can now look forward to a return to Wembley to face Arsenal in a rematch of the 2016-17 final.