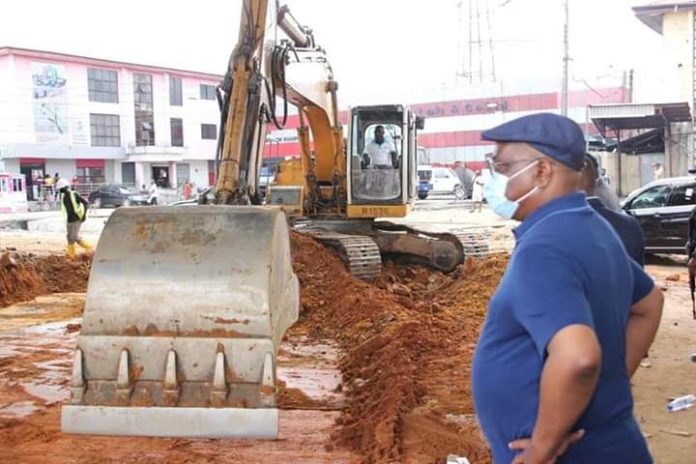 According to him, despite the economic downturn in the country, the State’s development agenda is still on course.

Addressing journalists after the inspection of ongoing projects in the State, Governor Wike said he would leave a lasting legacy that would remain indelible in the hearts of Rivers people at the expiration of his tenure in 2023.

“We are going to spread development projects across the twenty three Local Government Areas of the State.

“Numerous development projects are completed and ongoing across the state despite the COVID-19 pandemic because of our prudent management of scarce resources.

“Rivers people will see more development projects until the end of my tenure.

“It is important that when you are given an opportunity to serve, you leave behind legacies that will make people to remember that you are the one that provided a lot of infrastructure that enhanced economic activities.

“As far as I am concerned, from 2015 to 2023, I want to be remembered by the quality of projects I provided for my people.

“With prudent management of scarce resources, we will be able to achieve. Despite the economic downturn, we are not giving excuses but delivering on our promises, ” he said.

The Governor expressed satisfaction with the level of work done by Julius Berger Nigeria PLC, despite embarking on three major flyovers simultaneously including the expansion of the Rumuola flyover.

He noted that Julius Berger Nigeria PLC has the capacity to deliver on projects, hence his insistence that reputable companies execute projects for the state government.

“It is amazing when you see a good job done and you are happy for the money you have spent. I am sure that the residents of the State are happy.

“These projects started in October last year and this is July and they are almost completed. I am impressed with what I have seen and happy that it is in my tenure that these infrastructures are being built.

“I have told Rivers people to be patient. More and more projects will be provided for them”, the governor added.

Some of the projects inspected include, ongoing construction work at the official residence of the Speaker of the State House of Assembly in Old GRA , Woji Road and Opobo Crescent in New GRA and the Rebisi Flyover.