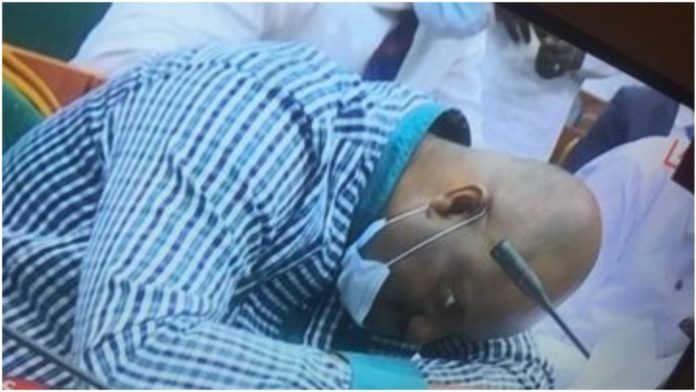 On Monday at the ongoing probe by the House of Representatives the Acting Managing Director of the Niger Delta Development Commission, NDDC, Prof. Kemebradikumo Pondei, slumped.

Professor Pondei slumped while being grilled by the committee led by Thomas Ereyitomi.

Recalled last week Pondei staged a walkout on the committee, stating that Mr. Ojo is a man of interest in the ongoing investigation.

The committee again on Friday summoned both Prof. Pondei and Sen. Godswill Akpabio, the minister for Niger Delta Affairs, following revelations by the former Acting Managing Director of the Commission, Joi Nunieh.

Akpabio, however, appeared before the committee.

NDDC has been enmeshed in controversy over alleged fraudulent activities and mismanagement.

Plenary proceedings of the House of Representatives for Wednesday, October 24,...

Nigeria Is In COMA,Says Wike