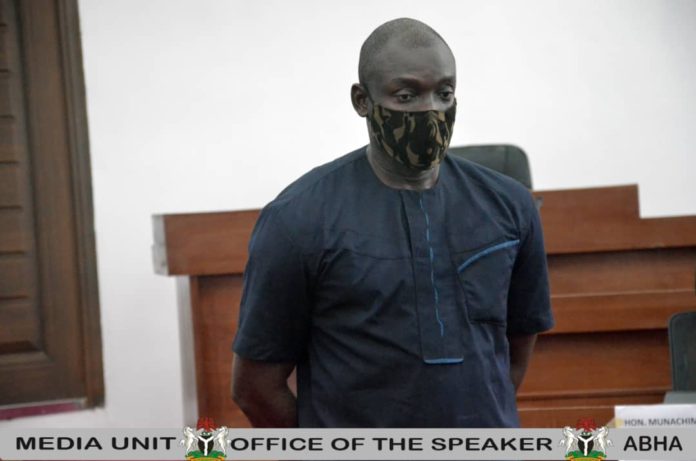 The House had during her Executive session granted audience to Engr. Uzodinma Egbogu, the first son of Late Hon Dan Egbogu. He informed the House that the burial of his Late father has been fixed for August 6th, 2020.

Speaker of the House, Rt. Hon. Chinedum Enyinnaya Orji, in his remark described the Late Lawmaker turned Traditional Ruler as an honourable gentleman who positively contributed his quota to the development of Abia State as a whole while he was alive.

Leader of the House, Hon Solomon Akpulonu while commiserating with the family of Late Hon Egbogu informed that the Lawmakers won’t be around during the burial but assured that on resumption, the Abia State House of Assembly will observe the Valedictory Session for their departed colleague who represented Umuahia East State Constituency during his time.

A minute silence was observed for him by the Lawmakers.

The Late Hon Daniel Egbogu was a Member of the Abia State House of Assembly from June 1999 to June 2003. He represented Umuahia East State Constituency at the House.

While at the House, he severed in several capacities including being the Chairman of the Abia State House of Assembly Public Petitions Commitee, Member of the Public Accounts Committee, Judiciary, Ethics and Privileges Committee, Works, Housing and Transport Committee.

Media Unit, Office of the Speaker,Abia State House of Assembly.

Baning of Open Grazing: Our Decision Is Irreversible And Will Be...