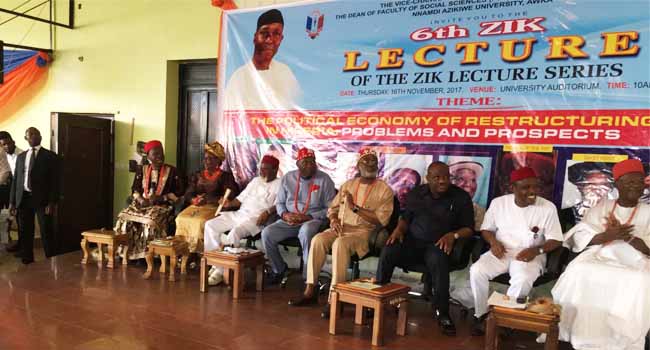 The Spokesman of Ohanaeze, Chuks Ibegbu, who made the call in a telephone interview with newsmen, on Friday morning, posited that proper sanction of the culprits would go along way in sending a message to the international community, of President Muhammadu Buhari-led federal government’s seriousness in the fight against corruption.

“We call for federal presence in Igbo land and not police station which people like Arthur Eze are falling over themselves to praise the federal government to the high heavens. We don’t want prisons and police stations. We want industries,” Ibegbu asserted.

He commended President Muhammadu Buhari for the speedy work on the second Niger bridge and the Enugu International Airport.

“All federal agencies and foreign airlines should be in the Enugu Airport when completed in order to make it truly international, else it will only be international in name and mouth, “he concluded.

Ibegbu also lamented the bizarre circumstance surrounding the death of Miss Tolulope Arotile, and called for full investigation into the demise of the Air force personnel.